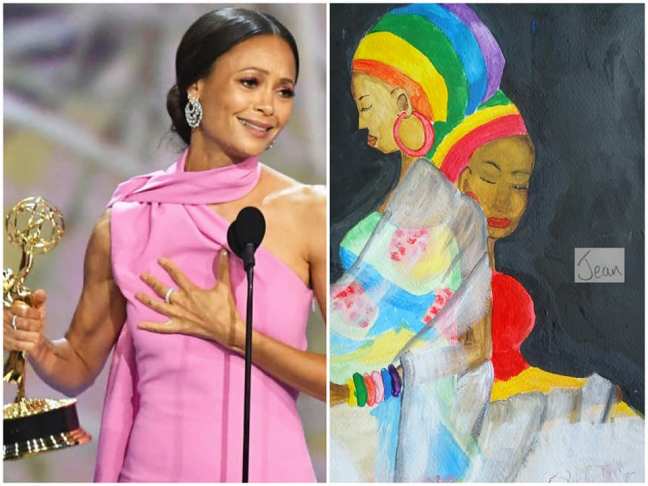 When I first heard what actress Thandie Newton said about God when she was accepting her Emmy Award this week, I was really angry with her and offended. When I was watching Pierce Morgan this morning on Good Morning Britain, I was happy when he said that Thandie Newton should just shut up and keep her nose out of religion if she is an atheist.

But I thought more about it, and I realized that Thandie’s controversial speech was in fact well needed. I am glad that she raised this issue that Christians refuses to address. There is a lot of hypocrisy in Christianity as a religion. Now that everyone is talking about God’s gender, I think Thandie Newton was mightly used by God. Hang on a minute, did I just defend Thandie for saying God is a woman? Or maybe I just have a soft spot for her because she is half Zimbabwean, but no I don’t even like being Zimbabwean, so I will just stick to the facts.

As I thought more about Thandie Newton’s statement, I realized that in her ignorance and mockery to God, she was actually right and had a very big point that Christians deny.

IS GOD A WOMAN?

No and Yes. Before Christians freak out, let me explain how I have always understood God. I know that there is a side of God that is a WOMAN. No one taught me this, I simply used biblical research and my mind, (common sense) which is a gift from God to us by the way. Most Christians refuse to use the gift of (common sense) because they think their own brains are satanic when it comes to spiritual matters. That’s why a lot of people are so deceived and manipulated by religion because the moment they hold the Bible, they throw their brains out of the window.

Now please stop being spiritual for a minute and just think. God the Father is masculine. He is the creator. He is the I AM according to the bible. God the Son is Yashaya, or (Jesus Christ) as he is known in Christianity. Then there is God the Holy Spirit. She is the  FEMININE side of God. She is the Mother. She is wisdom.

THE HOLY SPIRIT IS NOT A HE! That is just downright weird. It’s like saying God is gay. Christianity rejects the Holy Spirit being a woman because they say it’s blasphemy because the New Testament refers to The Holy Spirit as a man. Well, the bible was tempered with a lot. The SHE Holy Ghost was removed from the Bible by the Catholic Church and replaced with a He Holy Ghost to make way for Mother Mary, who they pray and worships in the form of a pretty white blue-eyed woman.  Oh the irony and hypocrisy of it all!

THE SHE GOD, MOTHER NATURE 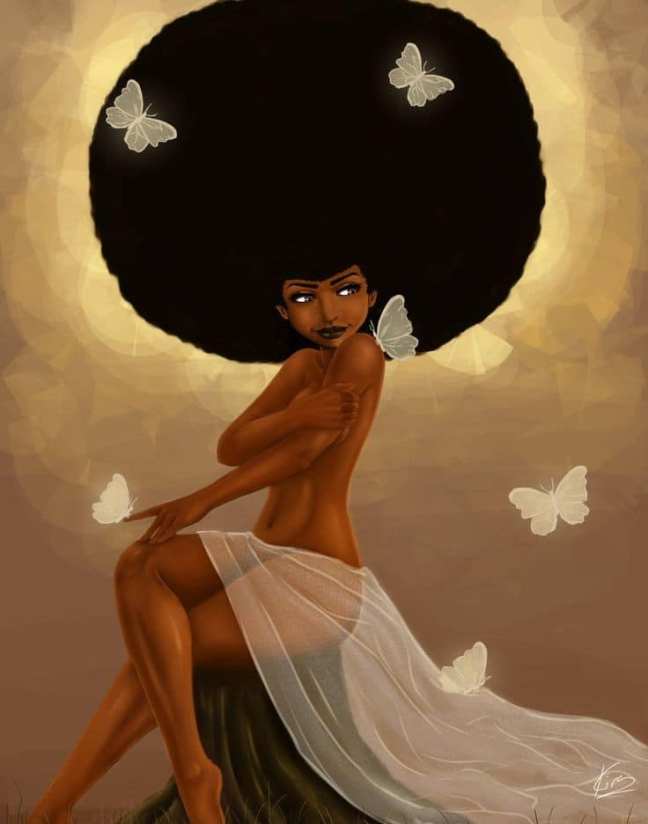 In our gut instict, we know she exists, atheist or not. She is what we always refer to as MOTHER NATURE. She is the glorious beautiful side of God, the one who inspired him to create the WOMAN in His own image. When we look at nature, the beautiful creation in all it’s splendour, we see a WOMAN. In the book of Proverbs, she is referred to as WISDOM, and even in Proverbs, wisdom is a SHE, (Pro 4:6)

God used Wisdom, the Woman side of Him to beautify and adorn the earth, in other words, for the earth to look pretty like it does, it needed a woman’s touch.

What does a woman do when her man builds her a house? She is the one who decorates it and makes it look pretty and homely. It is a woman’s hands which makes a home.

The bible says she was there at the very beginning when God was creating the world (Pro 8:22-31). She is the creative side of God, who brought this beautiful side of nature into being that we stand in awe of, hence when we behold the glory, we can’t help but say Mother Nature.

THE HELPER, THE COMFORTER AND TEACHER 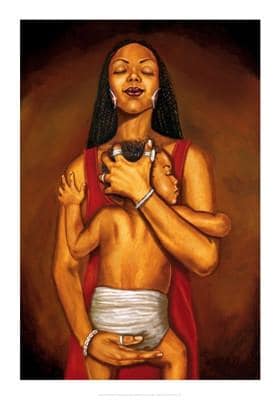 When God the Father first created Adam, He then realized that Adam was not complete. Like Him, Adam also needed a Helper. And God created the woman (in His own image, or rather in the Holy Spirit’s Image ) to be Adam’s helper.

The helper will always be feminine. Women are helpers by nature. We are the ones who always help our men to reach their highest potential. We are there at home to cook for them, encourage them, nurse them which makes them into the men they are created to be.

Jesus Christ even confirmed the Holy Spirit being the Helper when He said He was going home to be with His Father so the Helper (Holy Spirit) would come and teach us all things. (John 14:26)

In the home, this is the role of the mother, to be patient with her little children and teach them until they are of age. The mother is there to HELP her children. I as a stay at home mother can testify that my biggest calling in life is to be a wife/helper to my Boaz and a teacher/helper to my 6 children. That is the feminine God in me, that some refer to as Goddess.

Again, only the woman plays the role of that soothing comforter to her children. We call it mother’s love. A mother is there to comfort her children when they cry. She is there to cuddle them and wipe their tears, even when they are wrong, she is the one who advocates for them to her Husband.  Jesus Christ said the Holy Spirit was our comforter and Advocate. She advocates on our behalf to God the Father. She is the one who makes us feel better when we cry. She is the one who understands us, even in our weakness. She is lovely and understanding and hurts when we cry and suffer.  In the same way, the Spirit helps us in our weakness, Romans 8:26 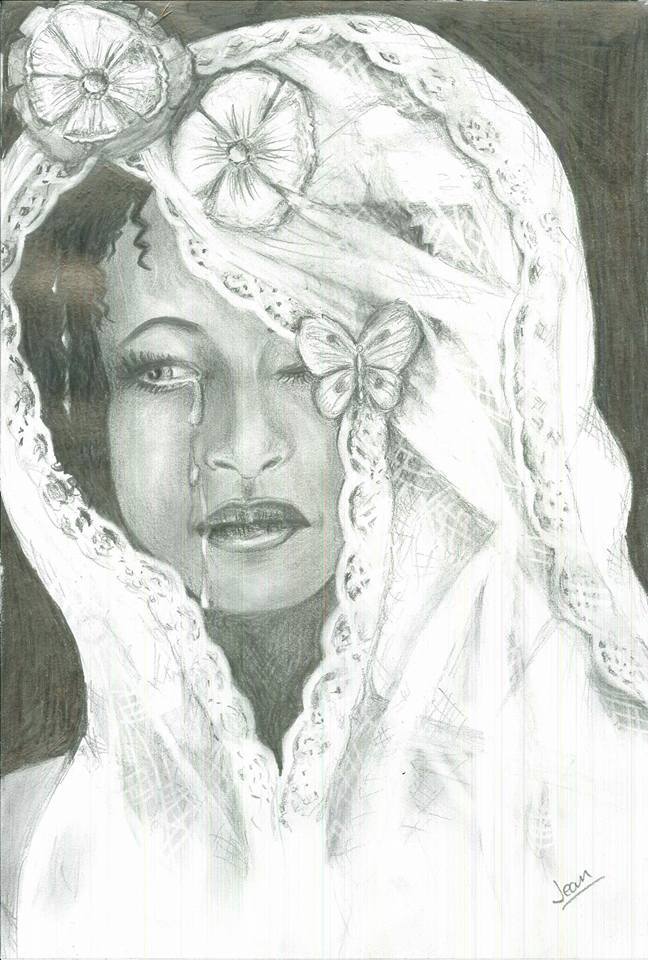 Oh and this one is very important, she has all the characteristics of a woman. She is emotional! She cries and grieves. That is why God the Father warns us never to make her grieve, Ephesians 4:30. A woman’s tears are sacred because she cries from within. And nature tells us never ever to make our birth mothers cry because gave us the most beautiful love we can ever experience, ‘a mothers love.’ Well, personally I have not experienced this kind of love, but I have experienced it through loving my children so I know what I am talking about.

NEVER EVER SIN AGAINST OUR MOTHER GOD.

God the Father warned us never to sin against the Holy Spirit (Mark 3: 28-30). Any other sin can be forgiven, but not the sin against the Holy Spirit. The Holy Spirit is the most sacred side of God, because she is the Mother. By nature, mothers are sacred. We honour them. We respect them more than we respect our fathers. Even the media is afraid to talk about abusive, bad mothers. Only men are portrayed as abusive and bad parents. Society even protects the bad mothers, but God still says though it’s rare, some mothers do forget their babies (bad mothers).

However, the Holy Spirit is the Perfect Mother. For that, we should never ever blaspheme her. 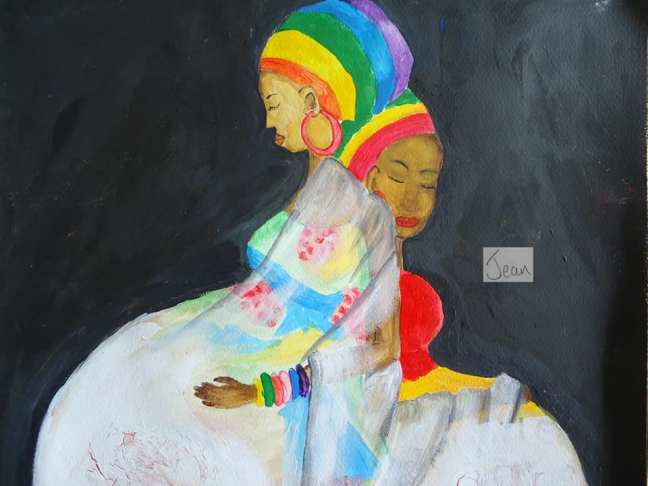 So in conclusion, I am so glad that Thandi Newton brought up something that the Christian church refuses to address even though it’s so obvious that God does have a feminine side. God is a family, we call it the TRINITY. Father, Spirit, Son.

But He is the Father. He is the leader of His own household. He is the HEAD. We can’t bypass Him and go straight to Mother Nature. There are strict rules in His Kingdom.  The only way to Him, is through His Son, with the help of The Advocate. So Thandie, as much as you raised something important, unfortunately, we can never refer to God as a SHE. He is not a feminist.