Yesterday I was thinking of the idea of a professional photo-shoot, this could be my last pregnancy and I want to embrace it and make the most of it. I have never had a professional pregnancy shoot. I was looking up ideas on Instagram, and the most popular pregnancy photos had something to do with nudity.
I asked my husband what he thought of the idea of me posing nude or semi-nude for a pregnancy photo-shoot, and he was like, ‘Its beautiful to look at, but not something I would want my own woman to do, pregnancy is sacred’.
I agreed with him to an extent.
The nude pregnancy trend is becoming more popular nowadays. We see it among celebrities. Women posing for nude photos to celebrate or embrace their pregnancies.
Serena Williams posed for Vanity Fair when she was pregnant with her daughter. A lot of her fans criticised her for the near nude photo shoot, but she was also commended for embracing her womanhood and being artistic. 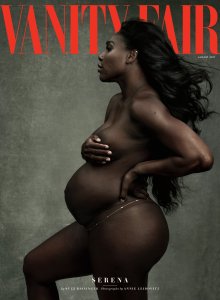 Beyonce also posed  in her underwear when she was pregnant with her twins, and it was apparently the most liked photo on Instagram, breaking an internet record.

Demi Moore started the trend some 20 years ago when she went all nude for Vanity Fair. 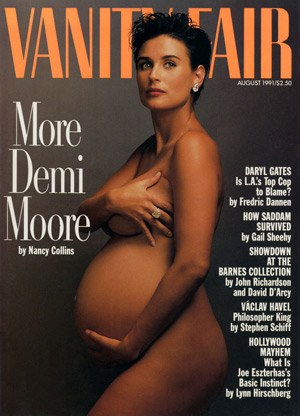 So it’s now definitely a fashion statement and trend to bare it all when a woman is with child. Somehow it shows you are bold and you are in touch with your femininity and nature.
Pregnant women love to do photo-shoots of their majestic bellies. Why not, pregnancy is such a magical feeling when a woman experiences the miracle of taking part in creation. Of course you want to have this special season captured to perfection, preferably by a professional photographer. In this world of social media, the photos are not just for yourself and family, they are mainly for social media. And the more ‘artistic’ and the more ‘naked’ the photo is, the more popular it will be.

As much as I love looking at these beautiful pregnancy pictures, deep down I don’t understand why women feel the need to derobe to their underwear for a photo-shoot when pregnant. Worse more I don’t understand why a woman has to go completely nude in the name of embracing womanhood.  Some women who will never derobe in public for any reason will do so when pregnant, where is the logic in that?
Do we really have to go naked to prove the glory  and miracle of pregnancy? 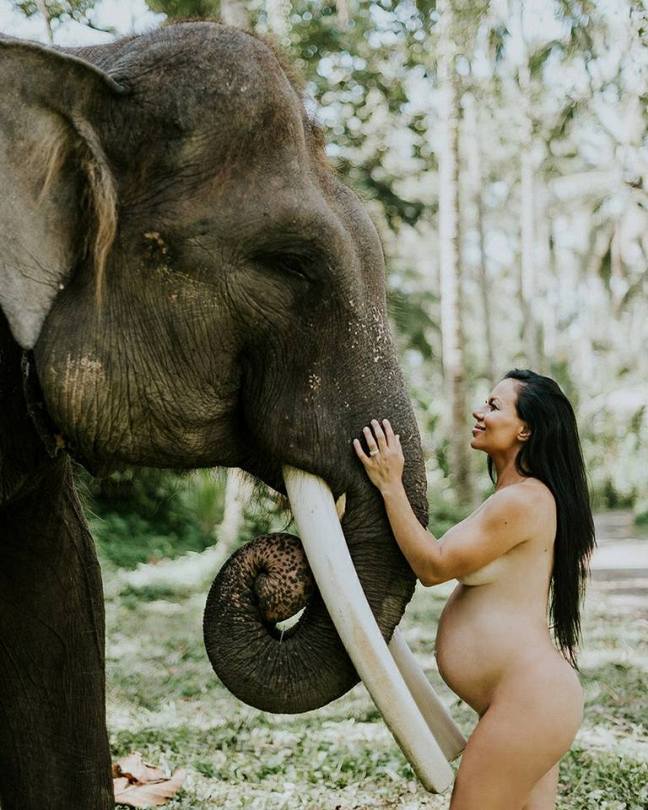 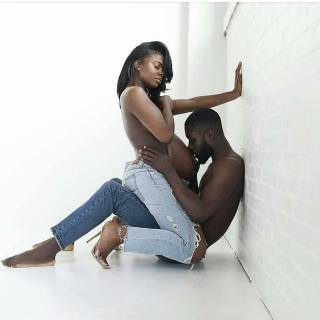 It’s a trend that I do not understand at all.
I’m all for self expression, I love creativity and freedom. And yes it’s a free world, women can de-robe for the internet for popularity and likes. But why when pregnant?

I don’t see nudity as freedom, especially when you are with child. I don’t think I would have wanted to see a picture of my mother naked whilst carrying me plastered all over the internet. I don’t think the babies will be too chuffed and proud to see their naked mum on Instagram when they start school.
Is nothing sacred anymore?

Isn’t your nakedness during pregnancy meant to be for your partner in the privacy of your bedroom?
If you derobe and walk into town completely naked, surely that’s not embracing womanhood, but rather,  its public indecency. So why is it ‘normal’ to post these pictures online? And I don’t understand how husbands of these women are proud for their wives to derobe for the world in the name of art.
One thing I love about the royal family it’s their class, decency and modesty. Is it not refreshing to see a public figure embracing her pregnancy and womanhood whilst being modest?

But then again, each person does what they feel is right and makes them happy. If stripping naked to the world whilst pregnant gives women a sense of happiness and fulfilment, maybe why not. We all can’t be covered up, the world would be boring I guess.
But for me personally, I would rather keep my pregnancy bump, my butt, and underwear sacred. I owe it to my unborn baby at least. My pregnancy is  not just about me. My nakedness during this sacred season involves another life, and their dignity deserves my consideration too.
That’s why I will never derobe for the internet, especially when carrying another human being inside me.

10 thoughts on “Why Do Women Feel The Need To Pose Nude When Pregnant?”