Today it’s international Mother’s day, and as I was thinking about my Ghanain mother-in-law and her love for her son, my King and Boaz, I thought about my own boys. I don’t normally post or talk about my boy,  but they have been a pillar to me, especially during the darkest times of my life, especially my second son Kunashe.

My first marriage to a Zimbabwean man was ruled by a mother-in-law who was so cruel she never allowed me to be happy within the marriage. Apart from being accused of being a witch who gave her son juju, she did not make it a secret that I wasn’t supposed to be married to her son. In my last blog, I wrote about how Zimbabweans love to do care work and nursing, and work themselves like donkeys whilst at it. When I had my boys, I decided to leave mental health nursing because I found it stressful and I could not cope with the racism and bullying at work.  I just wanted to raise my three very young children and be a stay at home mother, that was my heart’s desire.

My former mother-in-law and her daughters, as well as her son, would call me lazy for refusing to work as a nurse. I was always compared to other Zimbabwean women who used to work as nurses. To them working 24-hour shifts was the epitome of womanhood.

The crazy thing was even when I was a mental health nurse, I used to send so much money to Zimbabwe, I never did much for myself or my children. When my ex-husband was the only breadwinner, he spent his money giving it to “Prophet” Walter Masocha, so much he stopped buying the children decent clothes and had a policy of buying children second-hand smelly clothes from charity shops, sometimes he even picked clothes from the rubbish recycling tips, true story. He never allowed decent food, he called it luxury, the children did not even eat fruit, they never knew what apples, grapes or strawberries tasted like. They never ate basic food like yoghurts or cheese. Their diet consisted of biscuits, chicken, rice, sadza, bread and eggs. And of course, the eggs were not free-range, but the cheapest savers. If I tried to buy decent food I was accused of thinking I was something I am not and wanting to live a life of luxury. True story.

Another funny thing was even though I was always accused of being a bad mother because I didn’t go to work, my ex-husband’s older sister was always at work, she never had time for her own children. They would eat tinned foods. One day she left a 4-year-old boy alone at home to go to work, and the child was found by neighbours hungry, crying and wondering in the street. And yet in all this, I was the bad mother of the family. The irony.

I was told I carried some spirits which needed cleansing which sadly at that time I believed. I never had access to even child benefits, my ex-husband had control of all the money. I never even had a bank account. If I took extra shifts here and there, which him and his mother forced me, the money would go into his account and he would not give me.  The money I could hold in my hand was the money I made from doing hair. I lived in utter poverty and I was told that it was me who was bringing poverty to the house.

This is where my son Kunashe comes in, he loved me so much as a little boy. He would only eat what I cook. He couldn’t stand me not being at home. He was only 4 years old when I split up with my ex-husband.

And I remember this particular day, probably the last day I saw my ex-husband as his wife, the rest was to be in court. There was a big argument, and Kunashe being only 4 was crying because there was so much pain and anguish in the home. I was being told that the divorce would cause my children to starve to death because I had no job. I was being told that I was cursed with a spirit of poverty and I would end up a lonely woman with no one since my own family didn’t get on with me.

“You don’t even go to work Jean, you have no job, how will you feed these children?” was the biggest punchline. He had such a big case against me, at times it seemed like he had facts, and I was such a useless cursed woman.

I felt so defenceless and numb, and I was not able to answer back, I just sat there as the haunting words came.

“She does have a job,” little 4-year-old Kunashe said, wiping his tears. “She cooks for me, and looks after me and cleans the house. Mummy does have a job.”

This was the most redeeming moment of my life as a mother. I looked at my little boy, who defended me with so much truth and wisdom at such a tender age and gave me adoration for being his mother when I was being castigated that I was lazy and had no job.

From that moment I knew that being a stay at home mother to my children was my job and that God was going to provide for the children, and would never let them starve.

When I became a single mother, surprisingly my barns started to overflow, my children started eating fruits and yoghurts and every food that they could never eat whilst I was married to my ex-husband. They never wore smelly clothes from charity shops again. They could see the difference, not just in food, but in their life and well-being. I could now buy them things that my ex-husband never did.

Since then my children have never lacked. Whatever they want they have, well almost. Kunashe always sees things from my angle, even when he doesn’t get want he wants, he’s such a calm content boy and he is grateful for the little things I do for him.  Even if I buy him bedcovers for his bed, he expresses such humble gratitude. 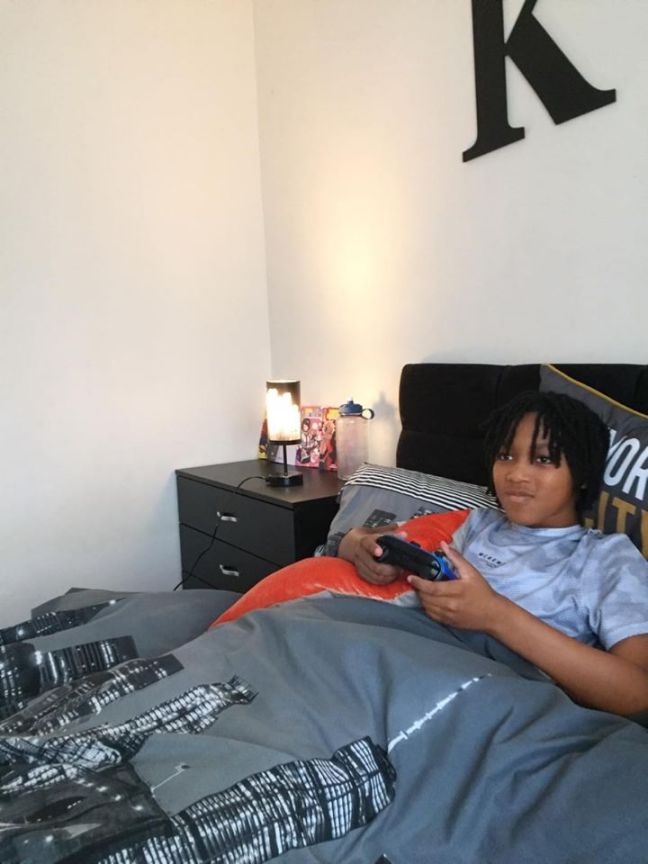 Today he always says things like, “You can’t do that to your mother. You can’t treat your mother like that.”

I am also blessed to have a husband who doesn’t even want me to be out there working, he is my provider. God gave me the desires of my heart. I am very traditional in my beliefs, I believe women are born to be housekeepers, and when they become mothers, they ought to be at home and raise their children. Of course, a woman can make a living, but like the Proverbs 31 woman described by Solomon, she makes a living as a homemaker. God gave me a King who thinks like me.

And I am more blessed to have my Boaz’s mother as the only mother I have today in my life. She is the most selfless woman I know, who always puts her children’s needs before her own. Because she loves her son, she loves me too. She is grateful for the grandchildren I have borne her, and she sees all my children as her grandchildren.

My Boaz always tells me all the time that he loves me because I am the only woman in this world who reminds him of his mother, he says we have the same spirit.

My mother-in-law has taught me how to love my sons until they grow into men, especially when they become men. I was raised in a culture which normalizes the abuse of daughters-in-law by mothers-in-law. But my Ghanaian mother-in-law is like Naomi, she seeks whats best for me, always, no wonder she birthed and raised my Boaz, and trained him to be a fine young man who looks after his wife and children.

On this mother’s day, I pray that my boys will grow into fine young men and when they marry, I pray they marry women they love. I never understand why some men marry women they don’t even love.  When Isaac married Rebecca, he was comforted by her, after he had lost his mother. Rebecca must have been a woman who reminded Isaac of his mother Sarah. I do believe that this is how God designed marriage, that for a man, a wife he marries should be like his mother, just like women get married to men like their fathers. Esau, on the other hand, made Rebecca his mother so sorrowful because he married pagan women.

And most importantly, I pray that I will be a Noami to my daughters-in-law.

Happy Mother’s day to all women, especially those who have sons, pray that your daughters in law will not be your enemies, but your Ruth’s. A son is supposed to bring home to you a version of you, your daughter.

PS: Kunashe always asks me to post his You Tube Chanel on my blog, he thinks I have a lot of followers here,  bless him, he hasn’t done much but he wants to be serious with it, so here is one of his videos with his baby sisters.