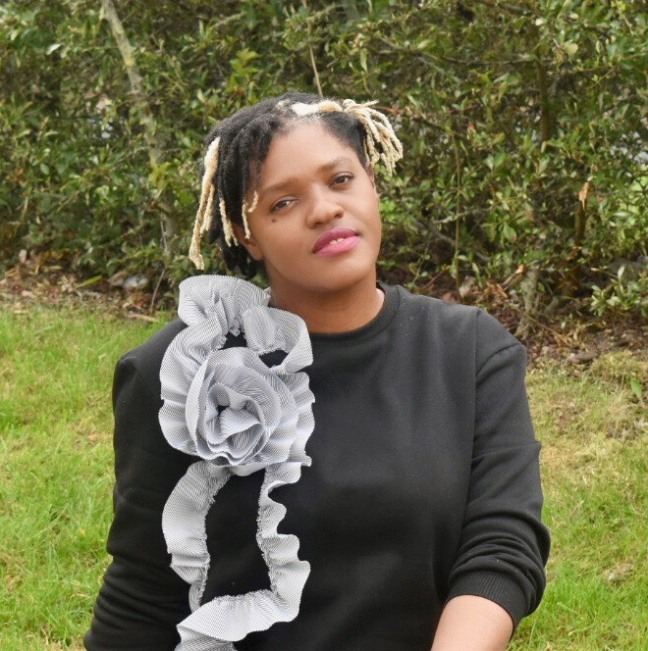 As black people, especially black Americans, descend on my Twitter like a pack of hyenas, uttering all sorts of vulgar, mocking my nappy hair, and telling me that I am of Zimbabwean origin so I am unworthy to make an opinion on the late American rapper DMX, I can not help but notice the sharp contrast in the their behaviour compared to the white people who follow me. The white people who follow me are ever so gracious and calm, and do put their arguments forth without being obnoxious. The black people who are attacking me are rowdy. As they post freely, the most racist and offensive memes in the name of fighting “white supremacy and racism”, they have no idea that they are only showing themselves for who they are.

Black people are so angry all the time, especially the Black Americans because they refuse to grow up. They wanna be victims for life, yet the slave trade happened centuries ago. Never mind the “race card” all they are left with now is the “slavery card.” Honestly, trying so hard to milk the slave trade, like 400 years later. Desperately hanging on to the slave master’s names, because they sound way more cooler to them than African names, whilst in the same breath claiming to be woke people who hate white people. Yet they are the loudest in crying when white people do not validate them. The sense of entitlement is pathetic, no wonder Meghan Markle is their HERO. When all is said and done…

Lewis Hamilton still needs a Knighthood from the Queen.

Naomi Campbell will still WEEP when white people give her an award that is normally given to white people.

Black people will go on to create their own BET Awards and what not yet they still cry when they don’t get an Oscar.

Idris Elba will gladly receive a career push start from Prince Charles and will celebrate himself and his black wife being the first black couple to be put on the cover of Vogue yet he supports Meghan Markle in branding the UK as racist.

Beyonce who never knew Meghan Markle and was not invited to her wedding will now bow down to her because she married a white Prince.

The only reason why you black people all love Meghan so much is because she is mixed race, and you see her as an upgrade and a refined better version of blue black, and because she married a white Prince. Was Meghan a black woman like me, you wouldn’t even support her.

You all claim to hate what white people did to you, but your women will never see themselves as beautiful untill they have a white woman’s crown on their head. What famous black woman does not wear a WIG, from Beyonce, to Michelle Obama, from Gayle king to Oprah they are all ashamed of the texture of their God given crown. Talk about self-hatred, your women are the mothers of it. The most powerful black women on earth are so ashamed of their own glory they have to hide it under horrible odd looking wigs.

Then you, as a people, have the audacity to descend on my Twitter and call me a coon, sell out and worse more racist names, when I am way more black than any of you can ever dream of. For starters I do not need a white woman’s glory to feel beautiful. None of you are even worthy to be my servants. None of you are worthy to even look upon my black glory in real life.

You think I need your validation? You think your sad reflection of your insults to me bothers me? I am an Eagle, I have always walked alone from back in Zimbabwe when I was a child, I soar higher when the tide goes against me. So all your racism towards me on Twitter and Facebook does not shake me, rather it lifts me higher.

Ya’ll telling me that rapper DMX had a rough childhood and was abused by his mother, that’s why he turned into a hardcore criminal, a dead beat father and a grown man who was cruel to animals. Well I had a far more difficult childhood than that of DMX, my mother was way more abusive than his, yet I love my children to death, and I love animals too. Yes, as a child I was sexually abused, I was beaten physically, spiritually and emotionally, I was forced to slaughter animals whilst having panic attacks, all this happened in the hands of my own mother, yet today I love animals so much.

So can any of you black people kindly tell me why DMX was cruel to animals? Was it because of racism? Was is because of his mother?

Listen, I don’t want to speak ill of the departed, but you have pushed me to it, sometimes you have to fight fire with fire. You are such hypocrites, oh black people, so much you have to defend the wrong of DMX and twist it to suit your agenda to the extent of blaming his mother, when some of us had far worse mothers. Even Prince Philip’s mother was a troubled soul, yet he didn’t torture animals because of it.

DMX was not a polygamist, he was a whoremonger, two different things. Polygamists do not go around planting seeds they have no intention of raising in multiple women. Polygamists do not go around sleeping with women they have no intention of keeping, loving and looking after. Woman who consent to polygamy don’t go around taking their husbands to court for child support. So please do not insult the institution of polygamy, which was the backbone of African civilisation and black culture, the institution which kept black women from the epidemic of being single mothers, and black children from the epidemic of being fatherless.

When all is said and done, you black people are hating me because I am your mirror to the TRUTH. You hate that I am free. You hate that I refuse to be what you have become, an angry, unprogressive, bitter and jealous people.

Your hatred towards white people is so misplaced. The hatred you have for white people profits you nothing. It’s that hatred which is keeping you in bondage and at the very bottom of progression in society. You are refusing to be free. You are refusing to simply grow up. Do you see any other races, the Indians or even the Chinese whine about racism like you do? Asians have no time to mourn about racism, they are way too busy building Empires and Inheritances for their children, buying properties, running businesses, whilst you are too busy playing slavery cards, race cards, victim cards and any other cards you can find over a situation that was abolished centuries ago.

Yes slavery happened, we can’t do nothing about it now, it’s history, but for goodness sake it’s way past time to GET OVER IT. None of you deserve any reparations or compensation for slavery because you are legally FREE.

It’s about time someone calls you out for being the RACISTS that you are. You think you can hide behind the “slave trade” which happened 400 years ago and just hurl insults at anyone who refuses to think like you. Well not under my watch…it’s about time someone held you all accountable for your shameful dangerous behaviour which frankly, right now, makes me feel embarrassed to be black.