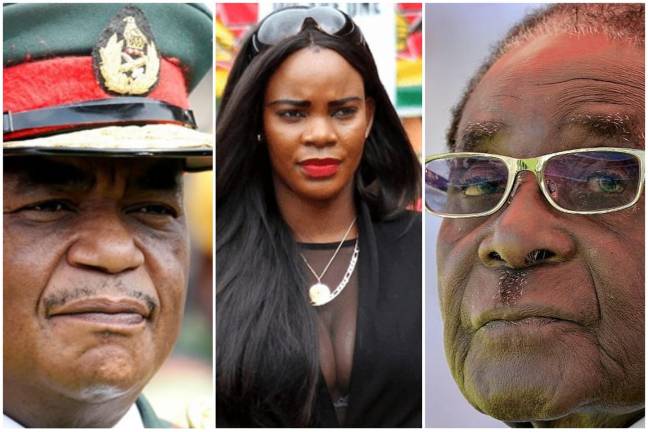 I have always been convinced that Marry Chiwenga played a huge part in influencing her husband, the then General Constantino Chiwenga, the Army In Commander of Zimbabwe, in the dethroning of Robert Mugabe. I believe as a young woman who loves power, it was her who even suggested to her husband that it was possible to dethrone the late former President of Zimbabwe. A lot of decisions which are made by men of power are often influenced by their wives at home. They do not say “behind every successful man is a woman”  for no reason.

What I know about Zimbabwean politics especially, is that it is women who have the ball in their hands. Men in Zimbabwe are generally controlled by women, it’s a hidden culture. My husband has noticed that about Zimbabwean men, even though they can be emotionally abusive, the women strangely wear the trousers in their marriages. I believe such was always the dynamics in the marriage of Marry Chiwenga and the Vice President.

The political crisis in Zimbabwe came to a head on 6 November 2017, when then-Vice President  Emmerson Mnangagwa was dismissed by then-President Robert Mugabe, at the instruction of his wife Grace Mugabe. Mnangagwa then fled the country two days later, citing “incessant threats” against his family. Meanwhile, Chiwenga was on an official visit to China, where he learned that Mugabe or rather Grace Mugabe had ordered his arrest upon his return to Zimbabwe. However, soldiers loyal to Chiwenga, disguised as baggage handlers, overpowered the police at the airport and cleared the way for his arrival on 12 November 2017.

Obviously, Marry Chiwenga, the young clever manipulative wife of the General would not sit down and watch her husband, one of the most powerful men in Zimbabwe lose power and face incarceration.  If I was Marry, an obvious rival of Grace Mugabe, I would have been the one to say, “Sweetheart, overthrow this bastard, you can do it, babe, let’s take over this country and sort Grace Mugabe out.” That is the power women have. We give ou men the confidence to do things they would never do, we are the ones who empower our men. I do not know how many times I have changed the mind of my King, influenced him over big decisions, and literally have made him do things my way, especially things which pertain to my power and reign, especially now that he has other wives, that’s how us women work.  We manipulate things and work our way up, Bathsheba did the same in securing the throne for her son Solomon. 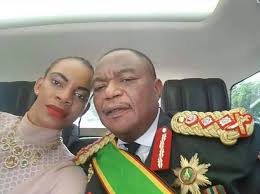 So obviously, the sweet innocent Marry had a lot to do with the most famous coup in world history and because of her, Mugabe was dethroned. I have no doubt that this operation had Marry written all over it, just like everything which led to Mugabe’s downfall had Grace written all over.

It was the wife of Pilate who told him not to crucify Christ, and wash his hands off an innocent man and he listened. It was the wife of King Herod who ordered the execution of John the Baptist, and indeed Jonh died. And I do believe it was Marry, who dethroned the most powerful president Africa ever had. She celebrated the most when Mugabe fell as her husband became the Vice President to Mnangagwa.  She knew that her husband would eventually be the next president after Mnangagwa. She saw herself as the most powerful woman in Zimbabwe. After Mugabe’s fall, Marry suddenly became the most talked about and photographed woman in Zimbabwe. 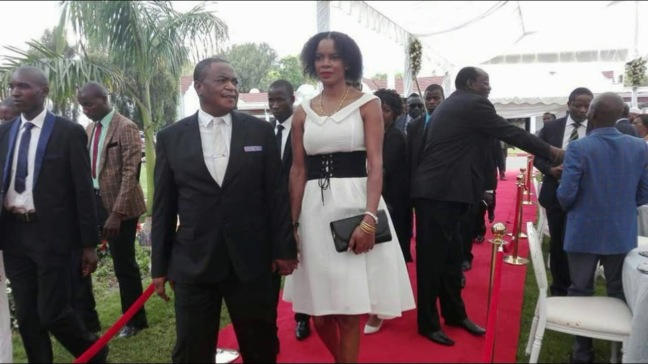 Two years ago it was Marry Chiwenga who danced the most at the fall of Robert Mugabe, as Emmerson Mnangagwa was ordained President Of Zimbabwe.

The day Mugabe was dethroned, as Zimbabwe celebrated, I wrote an article and clearly predicted that this was just the beginning of Zimbabwe’s falling. Today it is one of the poorest counties in the world. And yes, today Zimbabwe is worse off than it ever was under Mugabe’s reign.

Today, in a chilling turn of events, in Africa’s version of Game Of Thrones,  what is interesting is that Marry Chiwenga, now the estranged wife of the man who played the most important role in removing Mugabe from the throne is now in jail in Zimbabwe. It is a sight so frightening to watch. As she emerged from the cells today in Harare, attending court, it was a sight I could not deny my pen.  Behold, this is indeed world news…

It is like watching the modern Queen Vashti being dethroned. Marry’s spectacular fall from grace is chilling, there is no mercy for her, and something tells me that spiritually she is the Jezebel who is now paying the price for the fall of the Lion of Africa, Robert Mugabe.

Her husband, now the Vice President of Zimbabwe has no mercy for her. His once love for her has now turned into pure hatred. He has ordered her arrest, she has some very serious charges against her which include fraud, money laundering and attempted murder. She spent last weekend rotting in Zimbabwe cells, and she seems to be unwell, her hands look painfully swollen.  It looks like the General wants her dead, and it would be a miracle if she doesn’t die very soon.  He wants her to suffer before she dies.

Apparently, according to the General, her estranged husband, she tried to kill him by sneaking into the hospital and removing the intravenous drip when he was bedridden over the past year in South Africa, lol trying to finish him off after she had caused him to be sick in the first place by allegedly poisoning him.  Apparently, she also swindled a million dollars into a Chinese account or something. Then she tried to forge a will and have a wedding with the General whilst he was absent and dying in hospital. She also allegedly forged her ex-husband’s signature so she could divorce him in absentia and have the bizarre wedding with the General also in absentia when he was in the hospital. It all sounds very crazy, you couldn’t make it up, but whatever she is supposed to have done or not done, Marry can not possibly come out of this alive.

I do feel a bit of sympathy for Marry.  It’s always hard watching a woman suffer like this,  especially one falling from grace. She was used to luxury and power. She travelled in private jets and wore designer clothes. Now she is rotting, literally in one of the worst prisons in the world, where she has been remanded till February 2020.

Zimbabweans, true to their nature of having no loyalty or mercy for any soul, are now celebrating Marry’s downfall. Yet if they were to study what is happening here, they should rather stand with this woman, because she is the one who probably “liberated” them from Mugabe, which had always been their prayer. They praised her husband and dubbed him “General Bea” after he successfully overpowered Mugabe, yet Chiwenga’s success was probably due to the manipulation of Marry Chiwenga. But that is Zimbabweans for you, their loyalty is neither here nor there, they move with the wind, today they jeer as their own “Queen” painfully falls from Grace, unaware that Marry is a representation of the country itself.

Marry did not hide her glee at the fall of former first lady Grace Mugabe, she would openly taunt Grace Mugabe  at charity events. I have to say, Grace, being a wife of an anointed man never once faced such pain and humiliation as Marry has faced. Grace has always had some sort of covering over her, even when she was supposed to be incarcerated. Grace is surely having the last laugh.

Oh boy, and Robert Mugabe must be turning and laughing in his grave. And still something tells me that this is just the beginning of the vengeance.

4 thoughts on “The Woman Who “Dethroned” Mugabe, Marry Chiwenga, Now Cruelly Pays For Her Sins As Zimbabwe Celebrates Her Downfall”