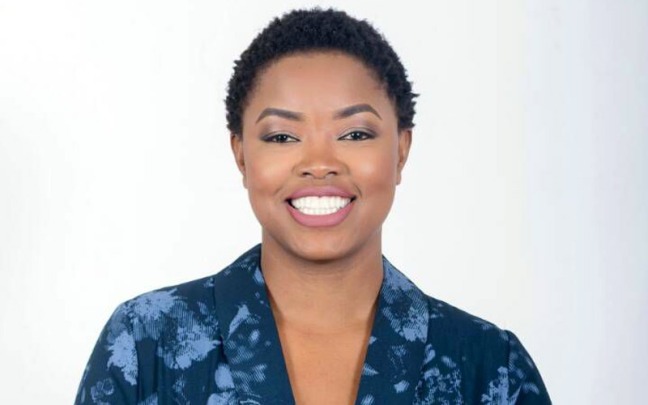 So I have just been sent a video of some of the celebrations from last night’s Robert Mugabe resignation in Harare.

The video  footage from the Daily Mail UK has Zimbabwe’s popular social media activists and MP candidates for 2018 elections, Linda Masarira and Vimbai Musvaburi, along with popular activists Comrade Fatso and Maureen Kadengaunga behaving in a manner that has left most people shocked and disturbed.

Leading the barbarism was Vimbai Musvaburi, being cheered on and helped by the other activists. Vimbai famously appeared  on BBC breaking news last night weeping that Mugabe was finally gone. It appears soon after she wept on International televsion, she ran into the streets with her colleagues and did the unthinkable.

In their excitement and celebration that ‘tyrant’ Robert Mugabe as they call him, had finally stepped down, the activists started running in the streets entering buildings in order to take down Robert Mugabe Portraits, something they said was within their rights.

They burst into Meikles Hotel,  one of Zimbabwe’s most luxurious 5 star hotels, and by force took down the portrait. Hotel staff tried to stop them but they aggressively took the portrait, smashed it on the floor, scattering glass everywhere on the street. One hotel staff tried to retain the smashed portrait, and it appeared as though he was going to be physically attacked by Vimbai. The hotel staff looked visibly shaken and intimidated by the activists. In all fairness, I do not think it was their fault that the portraits where on the walls of the hotel. I don’t think they deserved to be intimidated or harassed.

What happened was nothing but a picture of aggression, vandalism, violence and hooliganism.  As far as I understand, the portrait was private property, in a private building, and I think it is within their rights to hang up a picture of Robert Mugabe should they wish. I don’t think activists should go around Zimbabwe demanding, especially in such a violent way, that Mugabe’s portraits be removed from every building in Zimbabwe. I don’t think its part of the job description of being an activist. Where is the democracy?

As I mentioned yesterday, I hate hypocrisy in all its forms, and I see a lot of it among Zimbabweans, especially those that call Robert Mugabe a dictator.

May I just remind you Zimbabwe. You have made so much noise to the entire world of how evil Mugabe was. You have made his departure from office, probably the loudest departure of a President in history. You cried so much that you wanted him gone so you could build a better new Zimbabwe. The least you can do is just behave appropriately whilst at it, lest you look worse than him.

The activists often criticized Grace Mugabe of how in-virtuous she was. We heard so much from the activists about how Grace never acted gracious. How she was not a lady bla bla. Not eloquent enough. How she failed to represent the values of a Zimbabwean woman as a first lady.

I’m trying to get my head around how Mugabe was the bully you say he was, intimidating people etc etc, but you literally bullied hotel staff in broad daylight and left them practically terrorized.

Personally I feel this video has just given us a hint, if not the tip of an iceberg of what Zimbabwe is likely to be after Robert Mugabe.

I may not know a lot, but what my journey taught me is dimming someone’s light won’t make yours shine any brighter.

Violently smashing Mugabe’s portraits and threatening people whilst they are at work in their personal space won’t make Mugabe look any more evil. Even the onlookers outside the hotel looked rather shocked and disturbed as they watched their ‘activists’ and future MP’s act in a rather barbaric way.

I understand they were excited, the excitement was justified, but self control for a woman is always a virtue, especially one who aspires to lead an entire nation. Oh Zimbabwe, in this desperate attempt to show the world how evil Mugabe was, maybe exercise caution lest you become exactly like the man you accuse of being evil. In all fairness, I never saw the former president vandalize property in public, neither did I ever see him personally intimidating people in the streets, so why should those who say are better than him do the things that he never even did. Good Lord.

Zimbabwean activists, why not be the change. Why not lead by example. Even my 13 year old daughter knows its against the law to cause public disorder and vandalize property.  I’m afraid Mugabe’s resigning is just not a good enough excuse for barbarism. So why should women who are supposed to lead Zimbabwe into this ‘new’ freedom behave in such a barbaric way in the name of celebration.

Is this the dawn of the New Era?  Is this the New Zimbabwe you say you suffered for? Teaching young women and girls that its okay to be barbaric, disrespectful and violent in public for that matter.

Maybe, just maybe, its about time Zimbabwe stop pointing all fingers at Robert Mugabe, and also point some fingers on their own hearts. It’s going to be very difficult to keep blaming Mugabe for everything.

Zimbabwean activists, when you take on a position of leadership, it automatically comes with something called accountability. It also comes with something called integrity. You constantly accused Robert Mugabe of lacking both, but may I also ask you, do you take accountability for how you behaved yesterday at Meikles Hotel in Harare? Do you think it was right to harass and intimidate the staff at Meikles Hotel?

In the process of writing this article, I heard Vimbai has publicly apologized for her barbarism. I commend her, and hope her other activists apologize too. May it be a lesson to them, all the activists involved, that they have started the first day of ‘freedom’ which such a huge mistake. With such error. At least Mugabe never started his political journey with a grovelling public apology. That alone should say more about those calling him evil, who have no mercy but only see the bad in him.

Which brings me to the purpose of this article, the world has reported one side of Robert Mugabe as a villain, whilst hailing those who are castigating him as heroes. But who reports the other side, yes the bad side of those who are mocking Mugabe and painting him as a dictator, when it truth he was the true Lion of Africa.

I will just leave it there.