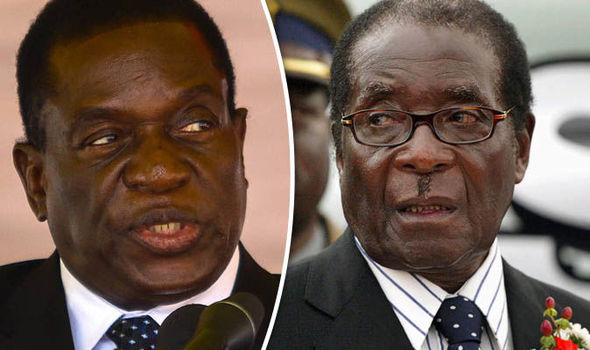 As blood is ruthlessly shed on the streets of Zimbabwe post the general elections, I have to say this, Zimbabweans I told you so.

Last year when I paid my tribute to my former President Robert Mugabe, as short-sighted Zimbabweans celebrated the illegal coup as some sort of victory, I did say the celebrations were immature. Are you all still celebrating the new Zimbabwe? Where is the New Zimbabwe that you were dancing in the streets for?

Zimbabweans. Oh Foolish nation. Foolish people. Were you not the same people saying ‘soldier bae’, whatever that was supposed to mean. Were you not saying the Vice-President Constantino Chiwenga, who was the military commander that he was now the saviour of Zimbabwe.  As the illegal coup was happening, were you not posing for pictures with the soldiers, showing off to the whole world that Zimbabwe was a so-called peaceful country.

You hated Mugabe so much that you failed to see that in all his shortcomings, he has always been the true father of Zimbabwe.

I did write about this last year, that Robert Mugabe, the true Lion Of Africa, will be missed by the people of Zimbabwe, and what happened in Zimbabwe yesterday is exactly what I meant.

I think it is now very clear who the problem in Zanu PF always was. Time has a way of always revealing the truth. In the history of Zimbabwean elections, not once did Mugabe ever open fire on unarmed civilians.

Even if the protestors vandalised property, which is wrong obviously, there is no justification under the sun for Mnangagwa to unleash the military on unarmed civilians, killing 4 people and injuring many. Women being brutally beaten by soldiers, how is that protestors fault?

Is this the New Zimbabwe you celebrated last year in November?

Yesterday, an innocent woman who was not even part of the protests was shot dead, just like that. She was going home, minding her own business, and she was killed. Like her life doesn’t matter.  Who is responsible for her blood then? Is it not Mnangagwa the man you all glorified as the one to usher you into the New Zimbabwe?

In 2008 Robert Mugabe accepted defeat by Morgan Tsvangirai. He was ready to step down. But people around him would not let him.

Zanu PF, Emmerson Mnangagwa to be specific, used Mugabe’s old age to his advantage. They used his vulnerability and forced the old man to remain in power. In his latter years, all Mugabe wanted to do was rest, but Zanu PF would not allow that. In reality, Mugabe was no longer in power, he was just being used by the people around him for their own agenda.

Morgan Tsvangirai would have been the president of Zimbabwe in 2008, was Mugabe not forced to remain on the throne.

Zimbabweans are generally very short-sighted people. The celebration of the coup was pathetic really because they were literally ushering murderers into power.

Mnangagwa put an innocent man in a wheelchair, remember former journalist Godfrey Majonga? But Zimbabweans cannot understand that a leopard can never change its spots. Even now they can not see who is responsible for the bloodshed on the streets today.

Here in England, last year Zimbabweans spent so much time, energy and unnecessary noise protesting in the streets of London saying, ‘MUGABE MUST GO’. Yet 90% of Zimbabweans in the UK falsely used Mugabe’s name to claim asylum.

Poor Mugabe, he fought hard for Zimbabwe, but the people used him and took him for granted, especially in his old age.

Now that Mugabe is gone, Zimbabweans are being deported from the UK without mercy. Their short-sighted nature prevented them from seeing that if Mugabe goes, they will be going too.

The same people who were protesting in London for Mugabe to go are the same people now protesting that they don’t want to be sent back to Zimbabwe. They said if Mugabe goes Zimbabwe will be new again. Now they are refusing to go back. The irony of it all. And the funny thing is, it is Mnangagwa who is helping Britain to deport failed Zimbabwean asylum seekers.

And don’t even get me started on the Gukurahundi massacre saga, the craziest thing is the Matabeleland people who are supposed to be against Mnangagwa absolutely adore him. Maybe it’s Stockholm Syndrome I don’t know. I guess that’s Zimbabwe for you.

It’s a sad country. The people refuse to wake up. Now blood is on the streets. Innocent people’s lives are being been lost. Who do you blame now, Mugabe is out this? Now that your scapegoat is gone, people have the audacity to blame Nelson Chamisa for soldiers shooting innocent people. Shame on you Zimbabwe.

My Boaz who is from Ghana taught me something very important about Zimbabwean people because he sees things as an outsider. He said to me, ‘Jean, I have learnt one thing about Zimbabweans, they are very interesting human beings. They seem to loathe good and love evil. If Zimbabweans hate you, then it means you are a good person. If they love you and embrace you, then it means you are not a good person. Mugabe must have been a good man to be hated by Zimbabweans like that.’

I am glad the people of Africa honour Robert Mugabe and respect him for the hero that he is. They did warn Zimbabwe, that a time will come when Mugabe would be missed by Zimbabwe. And I am afraid to say I have a feeling this is just the beginning. 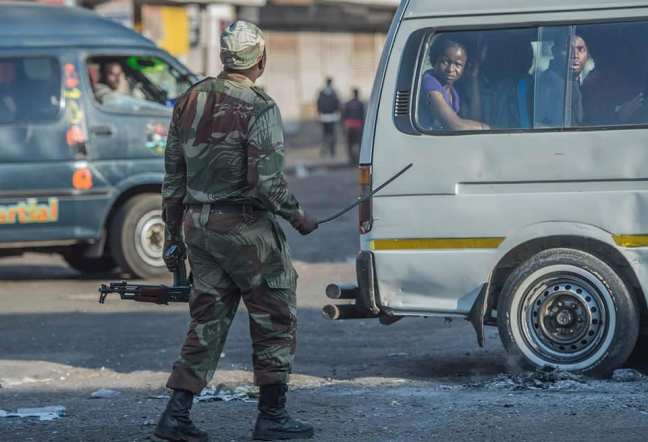 2 thoughts on “Robert Mugabe Was Never The Problem, Emmerson Mnangagwa Was.”