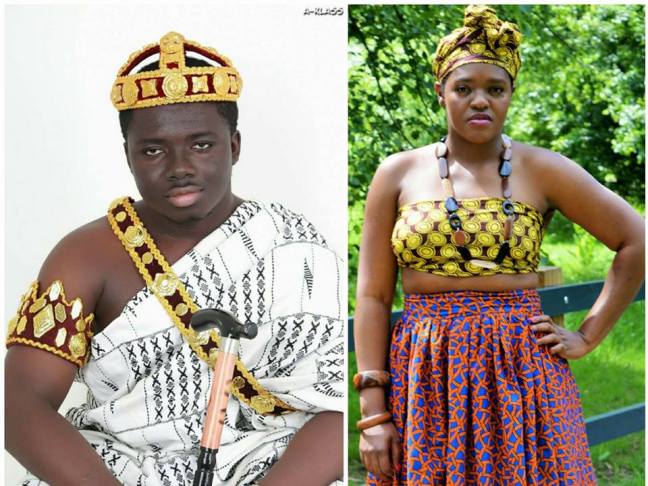 I can’t go online without seeing memes, articles and quotes of how inspirational Meghan Markle has been to black women across the world. Black women, especially single mothers and single women over 30 are ecstatic, it’s like they have been given a new hope by the new royal bride. Even though she’s not exactly black, they can’t help but see themselves in Meghan. It’s almost like now every black woman dreams of the same royal fairy-tale story where a younger white Prince just comes from nowhere and scoops them away, even when they are black divorced single mothers. 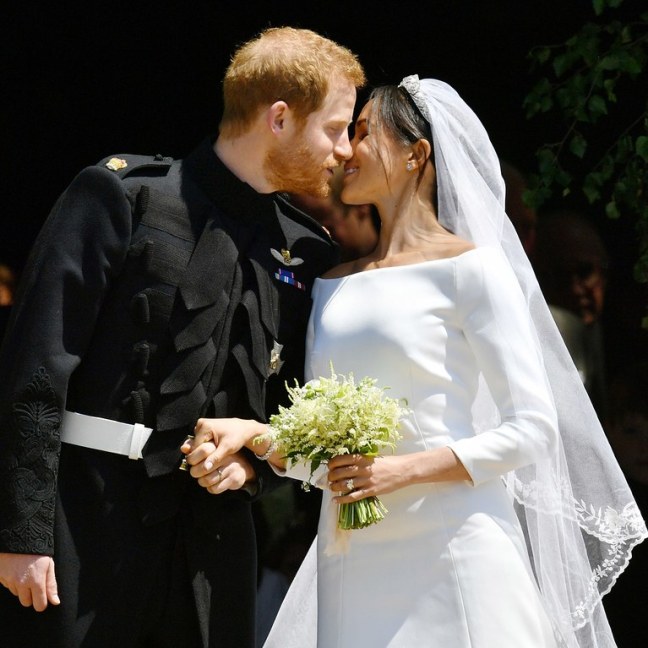 Well, there is only one Prince Harry in this world, and I don’t think they are many of his type around for us black women. Yes I mean real black women with undiluted melanin, afro kinky hair, probably covered by straight weaves, over 30, and most possibly single mothers. As much as the Meghan Markle story is absolutely inspirational to us all, something tells me that we are not quite destined for that kind of fate.

I say that because we don’t have the mixed race privileges in society, we are black, like  black black. We have to work twice as hard in society to make it. If we are single mothers, it hurts twice more and the burden is twice as heavy.

When it comes to employment and life opportunities, mixed race women are given priority over us. In Africa it’s even worse, mixed race girls are treated as superior to black girls. Black girls even wish they looked mixed race, less kinky hair, lighter skin.

Here in the developed countries, in the media and television, mixed race women are  given preference to play roles of Black women than dark-skinned black women. Perfect example is mixed race Zoe Saldana who has denied being black but played the role of the late great Nina Simone, who was a dark skinned black woman.

Mixed race actress Raven-Simone will be given her own sitcoms by Disney where she plays black women, yet in real life she refuses to be called black.

Here in the UK, women like Maya Jama in the media are representatives of black women, when in fact they despise dark-skinned women.

Most mixed race people don’t even want to be referred to as black, but we black people just don’t want to hear it.

Mixed race women get to be black when it benefits them, at the expense of black women, yet enjoy the privileges of their white side, maybe not exactly their fault, but society has placed them in that position.

So as much as I am inspired to see black women all over the world, claiming their Princes in the name of biracial Meghan Markle, I can’t help but wonder, will the Meghan effect ever become a reality for us, or for the real black woman, it’s just a fantasy fairy-tale.

When I see memes of  the royal wedding circulating on social media, how Meghan was divorced, but still married a Prince. Oh, how Maghan came from a broken dysfunctional family, but still married a Prince. This one makes me cough, how Maghan is ‘black’ but married into the British royal family, and how Meghan is older than Prince Harry and all the rest of it. It’s like a new revolution and phenomenon has started for black women in this world.

It’s as if Meghan has finally proved a ‘black’ woman’s worth, and she has open doors of possibilities which were locked in history.

But as I watch all the excitement within the black community, I  can’t help but say to myself, but I beat Meghan to it. I really did. I did marry an Asanti Prince, the only difference is mine is black, I mean literally dark-skinned, and from Africa and he doesn’t have as much silver and gold as Prince Harry, but it doesn’t take away his royalty.

As much as I am happy for Meghan, I dare say, I consider myself more blessed. Her true life fairy-tale has been a powerful reminder of my own royalty and the power in it. 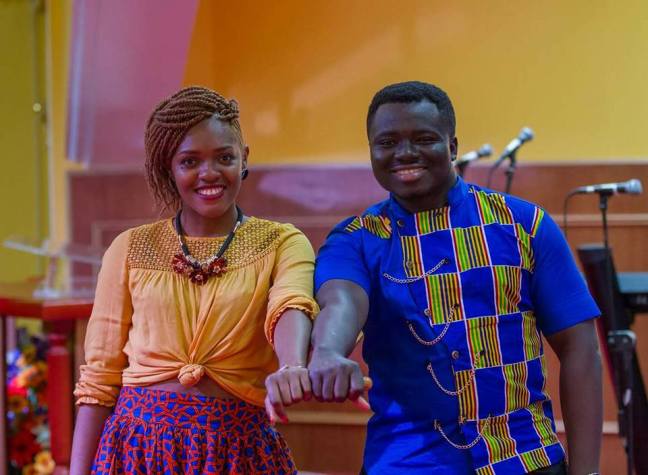 Broken Family – Mine I would describe as collapsed, where literally I walked alone, sat alone, cried alone, misunderstood and never given a chance.

Divorced – Married very young, as I looked for love anywhere and everywhere. Abused and ill-treated not just by the ex-husband, but by his family too.

Birthed children to that family, whom they fought hard to take away from me even though they didn’t love them, but I stood alone without help or shoulder to cry on, and fought for my children.

Oh yes, I walked the walk of a black divorced single mother in modern Britain, and it’s a very lonely painful walk when you have no family to support you.

During that process of fighting for my children, homeless after losing the house during the divorce, I was told I was now a divorcee, with children, no young man would ever look at me twice.

Behold, when the world had literally written me off, I met him. My melanin King, never been married before, never had children, and yes younger than me and the most handsome of them all.

Before I knew it, he put a royal crown on my head. I started to enjoy life. I laughed like a little girl. I started to glow and look younger, my beauty which was hidden all my life suddenly became. 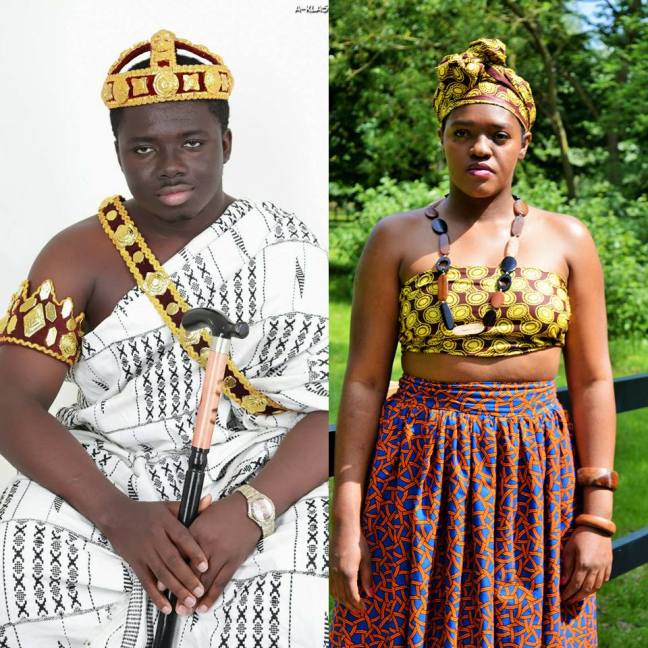 But alas as I celebrated alone in my royal courts, with my royal crown, in the arms of my young prince, expecting my community to rejoice with me, unlike Meghan not many black women and men celebrated with me.

It was a few years ago when I burst forth on social media, celebrating my own royal story, unlike Meghan’s more socially appropriate white Prince I was met with rather hostility from the Zimbabwean black community, because my Prince was rather too dark for black people.

On social media, I was trolled and attacked for being with a man too dark. I had never seen anything like it. I had to come out and defend my Prince.

We have our own Princes, many and very dark.

They are black, with melanin rich skin. They are scattered all over the world, some are rather poor, because they have had their gold and crowns taken from them. They are also quite broken, because society tend to beat them twice as hard and they have to do it their own way to provide for us.

They may not have the gold and silver like Prince Harry, but it doesn’t change the fact that they are still royalty.

So my dear black sisters, I am proud to say, I found my Prince when I was in a more sad and desperate situation than Meghan Markle. I celebrated my Cinderella story way before Ms Markle.

This is our own royalty, and we have to learn to celebrate ourselves first. We have our own gold and silver, the riches at our disposal that we don’t want, because they are too black for us.

Black women, statistics already say we have more single mothers and single women than any other race, if only we can stretch out our hands to our kings, they are there to take away our reproach. 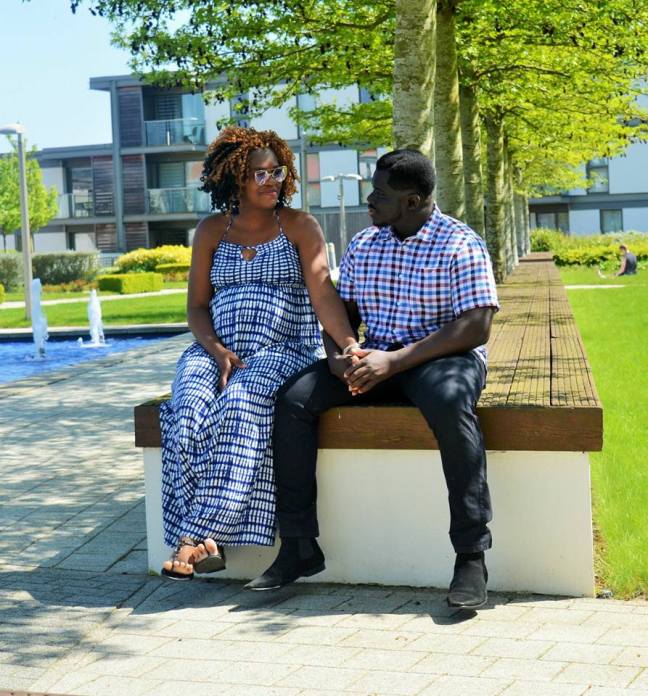 Don’t wait for the Meghan Markle fairy-tale to become a reality in your life, that fairytale may never come for the average black woman with short afro-hair and dark skin.

But right here, in our own royal courts, I believe each one of us has a melanin Prince waiting in the courtyard. He doesn’t have to be white royalty to validate our worth.

If we believe in our own power, by that I mean melanin power, we can celebrate our own royal stories, not just Meghan’s. 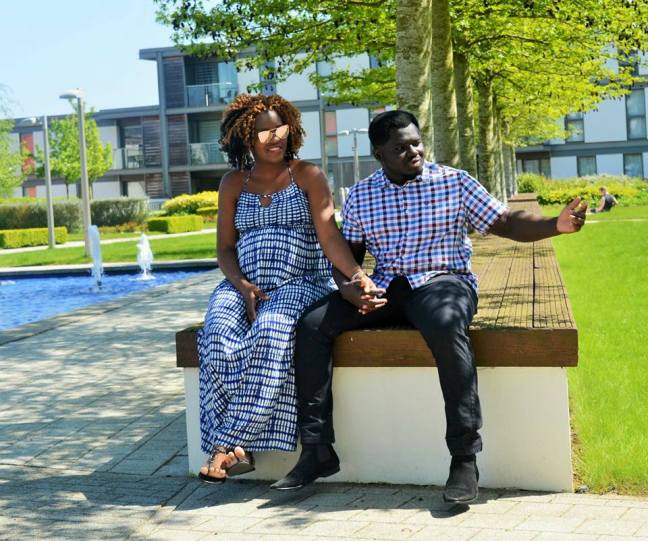 One thought on “Black Women, Let’s Celebrate Our Own Royal Stories, Not Just Meghan Markle’s.”