I’ve never been a big royal wedding fan. When Meghan got engaged to Prince Harry, black people in the UK went into overdrive with excitement. Personally I could not understand the excitement because Meghan is half white and half black, her white side is not invisible, in fact she looks more white than black. And even if she was black, I could not see how that would benefit black people in Britain.

But anyway, over the past weeks, I’ve grown to really admire this woman called Meghan Markle. My admiration for her has nothing to do with her whiteness or blackness, but everything to do with the person that she is and what she has gone through.

There is something about Meghan Markle, and it’s not that she’s supposed to be ‘black’ or that she’s marrying a Prince.

For me, it’s her evil half siblings and her somewhat selfish father who has made me fall in love with her.

But yet there are millions of families like Meghan’s in this world, whilst the world goes on about how loyal and loving families are, those who are not so privileged to have loving and loyal family members carry the burden and suffer in silence. Just the thought of a family being unloving towards a sibling is ‘taboo’, never mind talk about it.
But thank God for Meghan Markle, she has reminded the world that hatred in some families is real, and no matter how famous and successful you are, you can still be a victim of vicious family jealousy. 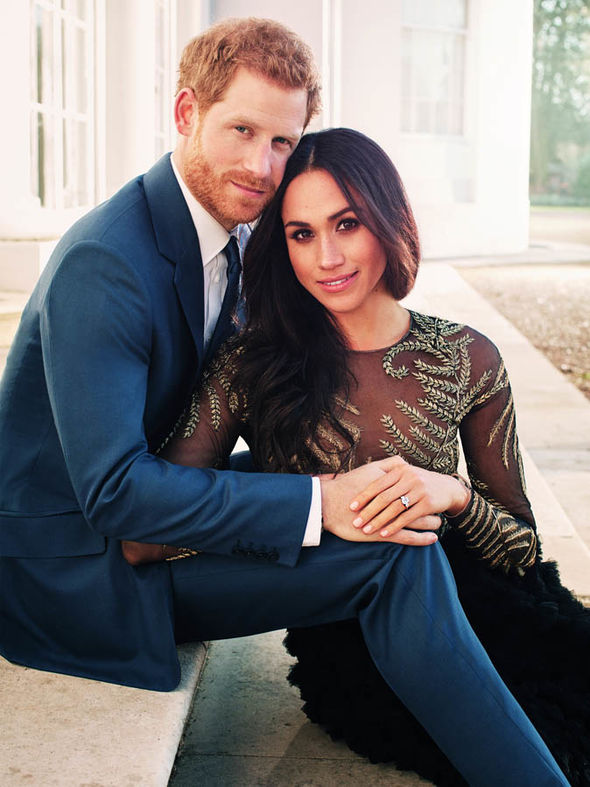 Although Meghan is about to become a Princess, she has reminded a lot of people what they go through in families everyday.

Oh how I feel like I’ve read about Meghan in a book before, oh yes Cinderella.

Her two ugly siblings (Samantha and Thomas  Markle), are so green with envy they can’t even control themselves.

She has endured hatred and bitterness from her own blood. But she has risen above them all, and now shes laughing all the way to the palace as they watch.

Before they showed their true colours, everyone wondered why Meghan had not invited even one of her relatives to her wedding apart from her mother and father. But now we all know why.

As I follow this inspiring story, I see people commenting, especially on Daily Mail website, calling her a disgrace with a dysfunctional family. I see people wishing for the wedding to be called off because of the embarrassment her family has supposedly caused the royal family.

She has had her own sister Samantha Markle writing a book titled ‘The diary of Princess pushy sister’ and doing TV interviews backstabbing Maghan. Two days ago she faked her own accident claiming to have been followed by paparazzi. She is estranged from her own mother, as her mother claims she called Meghan’s mother a ‘maid’ because she was black. She is also estranged from her own daughter who accuses Samantha of abusing her as a child.

Then there is Meghan’s brother Thomas, who penned a nasty shameless letter earlier in the month  to Prince Harry asking him to call off the wedding calling Meghan all sorts of evil names.

Then just this week, days before her wedding it was revealed that her own father staged photos for money using her.

I believe there is no such thing as a ‘dysfunctional family’. I see it more as an unloving family. And sadly Meghan was raised in a family with unloving siblings.

She never asked to be raised in such a family, she was just born.

Her beauty may have contributed to the ‘ugly sisters’, well in this case ‘ugly brother and sister’ hating her. She may have been her father’s favourite, maybe she was more special because she was the last child and different, ‘mixed race’ .

Maybe she was too ambitious and they couldn’t handle her determination.

Sometimes your enemies, especially family members can see your star shine. Sometimes they see you are destined for greatness because you just stand out and don’t fit into their mediocrity. It will make them feel uncomfortable, so they will do everything they can to crush your star before you even touch it. It looks like that’s what happened with beautiful Meghan.

But sometimes the hatred and resentment from jealous siblings is what drives you to even fight harder for your destiny.

That is what has made Meghan into the woman she is today.

She went on to have a successful acting career and rightfully distanced herself from her poisonous toxic half siblings.

On her way to the top, she caught the eye of one of the most privileged men on earth,and he is about to put a royal crown on her head as her enemies watch.

From being spat on by her siblings, she’s about to become one of the most envied and privileged women in this world.

She has shown the world that even a ‘dysfunctional’ family can not stop you from wearing a royal robe if you are destined to wear it.

Prince Harry could have married any young damsel in this world, but he chose Meghan, a 36 year old divorced mixed race actress, from an unloving family. Now that is destiny.

And I’m so thankful that her black mother is not the part or cause of how her half siblings are behaving. Unlike the rest of the relatives, Doria, the black Queen has remained calm and collected, carrying herself with dignity and grace in the wake of her daughter’s royal  engagement.

The barbarism and insanity is coming from Meghan’s white side of the family.

That is the most refreshing part of this Cinderella story.

I can imagine if it was the black side of her family acting like lunatics, oh Daily Mail readers would have had a passport for spewing uncensored cyber racism as usual.

But now because it’s Meghan’s white relatives who are acting in such an uncivilised manner, somehow Meghan has to take the blame and be ’embarrassed’.

Oh well, against all odds, Meghan continues to shine like a diamond. 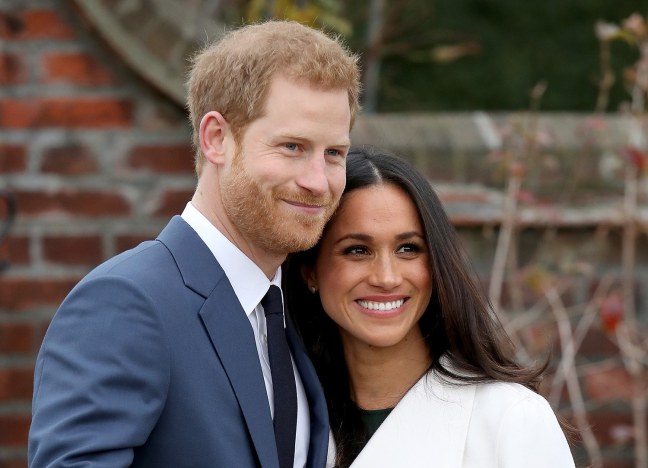 After all the drama from the ugly siblings, as they tried their best to sabotage the royal wedding over the past weeks, Meghan and her Prince are still in love and besotted.

Love always wins. In my own words I say, she has met her Boaz, and no one can separate her from her Boaz.

There is something about Meghan that he loves, even though she didn’t fit in the books of a perfect royal British bride. It does say a lot about Prince Harry, for that I have respected him.

Meghan has not brought any embarrassment into the British Royal Family, if anything she has brought reality and light, and more importantly, awareness that sibling rivalry and jealousy is real, and many out there have had to endure it and be strong.

She so reminds me of the story of Joseph.
On Saturday Maghan will become a Princess, whilst the ugly siblings eat their hearts out.
If that’s not an inspirational real life Cinderella story, I don’t know what can be.

So yes for the first time ever, I’m excited about a royal wedding. If I wasn’t heavily pregnant about to give birth, I would have probably travelled to London to watch this real life fairly tale come true. I would have loved to just stand there and watch a woman that millions of us can relate to in some way become a real life princess.

There is definitely something about Meghan Markle, and I can’t wait to see her in that  royal crown.

One thought on “There Is Something Special About Meghan Markle, And It’s Not Just Her Skin Colour Or Marrying Prince Harry”