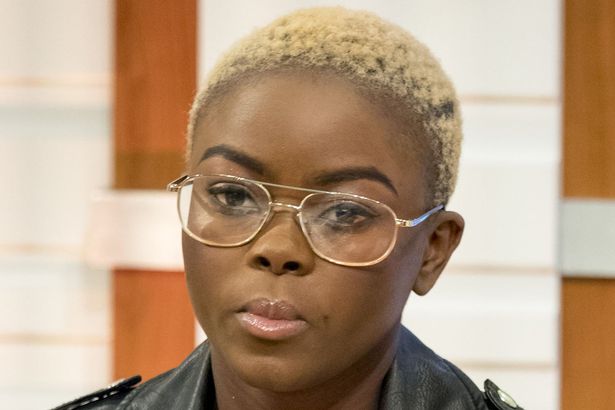 I have come to that place as a black woman where I am done complaining about racism. I will not join any more campaigns or movements about race. I won’t drain my energy trying to convince anyone that Black Lives Matter.

As a black woman, I have experienced my fair share of racism. I have dealt with it by calling it out and raising awareness about it. But I realized that no matter how hard I tried, nothing was ever achieved. It was always a losing battle. The people I saw as racist either chose not to see it that way or they did not know that their actions were racist. This was more frustrating and hurtful than the racism itself and to them I became the angry black woman who overreacts about race. Thus the cycle continued.

When Coronation Street aired a racist episode where actress Cath Tyldesley mocked Kunta Kinte’s hair, I was one of the people who passionately expressed my disgust. Why should black people accept such insults? I argued. A lot of black people were outraged of course, some white people were too, but the majority of responses I got online were, “It was just a joke, get over it!”, “Why are black people so sensitive?” and “Get a life, this racism issue is getting out of hand, we can’t even have a laugh anymore”. The more black people talked about it, the more racists came out with all sorts of insults and mockery about the very thing that had caused offence. I find that in this era of social media and free speech, complaining about racism actually creates a platform for racism to be expressed freely.

Now just a few months after the Coronation Street race saga, there is another race row on social media about Gifty Louise who was evicted from X-Factor last Saturday. During her eviction, she was upset and simply acted that way. What she did was normal behavior for a sassy strong black woman especially one of an African origin. We do not hide our sad emotions. In modern day Britain, it is portrayed as arrogance and bad attitude, especially if done by a woman with dark skin. So social media buzzed with reactions of Gifty’s “bad attitude”. Again I noticed another vicious cycle. The more black people tried to call out the blatant racism Gifty suffered, the more the trolls took this as an opportunity to mock her.

So will calling out racism change how the majority of the white British society views Black women? I don’t think so. If anything, the incident like Gifty’s is proof that if a sassy black woman expresses her emotions in public, it instigates more stereotypes about black women. Complaining about it then makes the problem even worse. So my question is, why should the opinion of another race matter to black people so much? Why are black people trying so hard to convince another race to understand them? We are no longer slaves, so lets free our minds too.

I am a black woman and I know I am free. I refuse to let anyone’s opinion of me define me. I know who I am and that is all that matters. If someone looks down on me because of my skin color, it gives me a drive to work extra hard and excel. That is the only way I can change their perception of me, by proving to them that their actions or words will not limit me from achieving my goals in life. I do not need to start a movement to explain to white people who I am, I just have to excel at what I do best.

I choose to look at life positively. There must be something greater in me that is being fought. Some battles are a distraction and not worth fighting. In the battle of racism, the system is already designed to advantage the other race, so no matter how many protests, campaigns or online articles black people write, racism will never be eradicated. Some opinions can never be changed.

Oprah Winfrey has received her fair share of racism but she still excelled and became the greatest female talk show host of all times. Sports champion Serena Williams still receives racist abuse today, yet she focuses on what she does best not the opinions of people. Khoudia Diop was bullied because of her dark skin, but she overcame racism by becoming one of the world’s top models. Like Michelle Obama said, when they go lower, we go higher. So why should I waste my energy trying to change the world’s perception about my race? I have come to that place as a black woman where I’m done complaining to white people about race.