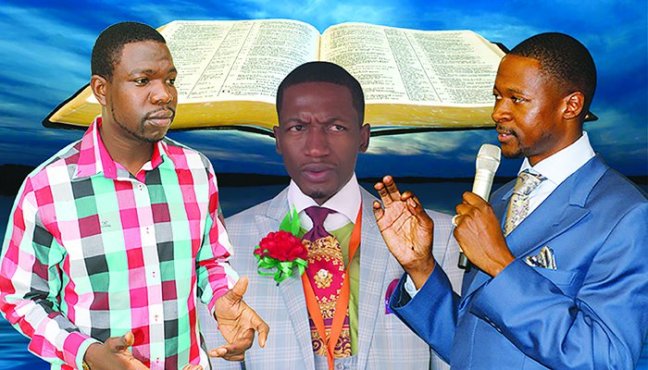 Following up to my last article on why the majority of black women are single, there was an issue that came up as one of the main reasons; too much spirituality. There is no denying that black people, especially black women are the most religious people in the world. And over the last few years black spirituality has taken another level, with single women acquiring new male role models. The Spiritual Daddies also known as Papas or spiritual Fathers. This has become a widespread phenomenon, especially in Africa.

Spiritual Daddies are a big trend among black people, they have become demi-gods that people bow down to and worship in order to get breakthroughs. I believe this is one of the major reasons why black women are struggling to find relationships. Women who have spiritual Daddies see these men as more important than their own biological fathers. The spiritual daddies will have complete control over every decision they make in life, especially that of their love life.  Most of the spiritual Daddies do encourage black women to stay single and focus on God until the right man comes. According to them, the right man is supposed to come from within the church not from the world. However statistics prove that they are more women than men in black churches. So obviously in most cases the right man never comes simply because he doesn’t exist in the first place.

I was in a black UK church for two years. I went into this church a married home owner and came out a homeless single mother and the sad thing is my case is not isolated. Most black churches, especially in the UK actually do cause the breakdown of many black marriages. But that is not the only problem with the black Pentecostal charismatic churches. I saw many black single women being discouraged from dating. Men who wanted to date the single women had to get permission from the spiritual Daddies first, and were knocked off before they even approached the woman. Women will be encouraged to engage in church activities like prayers and fasting whilst their biological clock ticks, and each day they will be believing that miraculously God will bless them with  Mr Right.

I think its a tragic state of the black community today, not just in Africa but all over the world. Black women are so desperate for father figures.  Black men has seen this as an opportunity to make millions from gullible black women. Nowadays being a Papa or  a Spiritual Daddy is big business that pays in the black industry. You will not see this trend so prevalent in any other race. Only black people believe that to be successful in life you need a spiritual Daddy to bless you. To me it sounds almost like a mental illness. It’s pathetic and embarrassing. This is one thing that makes me feel embarrassed to be part of the black race. The spiritual craziness that looks like circus freak shows. I ask God why my people are so retarded like this when it comes to spirituality. Is it a curse?

Countries like Zimbabwe, Nigeria and Ghana seem to be on top of the list in Africa when it comes to the Spiritual Daddy syndrome. In Zimbabwe men like Ezekiel Guti, Emmanuel Makandiwa, Walter Magaya and Uebert Angel have made a living through being spiritual Daddys. In Nigeria you have men T B Joshua. These demi gods believes that any one who criticizes them will be cursed by God, and sadly a lot of black people believes it.  It’s no surprise that most of their followers are single black women. I recently watched a nauseating live video where Ezekiel Guti visited one of his church branches in America, Dallas. Women where waiting for him at 2am at the airport with young children. They were calling it a historical moment that Ezekiel Guti had visited their church to “bless” them. When he arrived they sang praises to him and if he touched any of them it was as though they had been touched by God himself.

Recently I also watched a disturbing video where Zimbabwean “prophet” Walter Magaya was publicly shaming a woman in his church. He stood her up and accused her of spreading rumors about him. Would he have done this to her if she was his real daughter? Why would any woman call such a man Father?

Last month Ghanain Bishop Daniel Obinim who calls himself “The Angel Of God” caused a storm on social media after he beat a teenager in front of his entire congregation for “fornicating”. This young woman was pregnant when he was whipping her. His defense was that he was her spiritual father so he was disciplining his daughter. Some of the abuses that are committed by these spiritual daddies in the name of discipline are shocking. But what is more shocking is that black people will still continue to flock to these churches in millions despite all the scandals and abuses.

My heart bleeds for any woman who has to look at another man as her Father. This phenomenon has destroyed the black woman’s dignity. Its a pandemic.  Part of me feels that most of these black women were let down by their biological fathers. If their fathers had given them the love and attention they needed, they would have never had to look at a stranger and call him “Daddy”. I believe spiritual Daddies are an insult and shame to all black men out there?

I was encouraged when Kirk Franklin gave his daughter Carrington away in marriage this year. The tribute he gave to his daughter was something to be commended. Kirk Franklin’s daughter is one black woman who will never need a spiritual Daddy, she has her father. Its sad that there are not enough role models for black men in the media like Kirk Franklin. Black men are known to be absent fathers to their daughters. What is more intriguing about Kirk Franklin was that Carrington is not his biological daughter, he is her step father. There need to be more black men out there like Kirk Franklin who need to be heroes to their own daughters and not wait for some con men to abuse your daughter in the name of “Spiritual Daddy”.