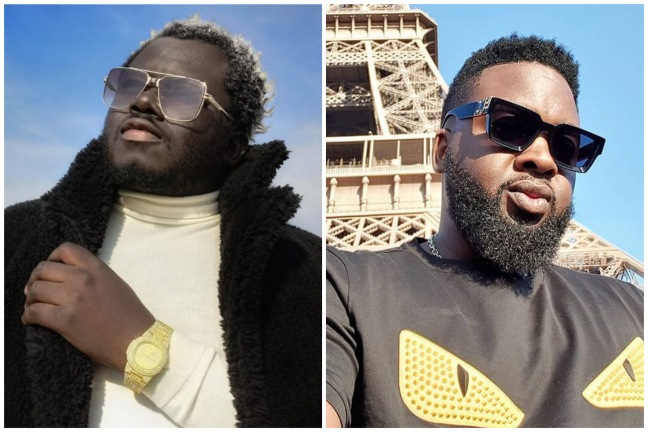 One thing I’ve learnt about life on social media is that no matter what you see, no matter how one portrays themselves to the world, there is another reality that is normally far from the perfect picture being presented. This week I learnt that one of Zimbabwe’s richest personalities (well on social media anyway) is currently in hospital with Covid and is actually in need of donations to foot a medical bill which is about £12k.

He was the best friend of the late controversial Zimbabwean millionaire Genius ‘Ginimbi’ Kadungure. His name is Nomatter Zinyengere, known on social media as KitKat or Sophisticated Hustler on Instagram.

He lives a flamboyant lifestyle of expensive flashy cars, expensive designer clothing and expensive hotel suites etc. When you go on his Instagram, you leave with one word, ‘RICH’. Well that’s clearly the image he gives to the world, so he has a lot of followers as you can imagine, as King Solomon said people love rich people so he’s obviously envied.

But a few days ago I was quite shocked by this rich guy. On my Facebook timeline I kept seeing stories about him being in hospital with Covid and his friends trying to raise donations for him to foot a bill. I have to be honest I found this disturbing, because the bill is only £12k or so. For someone wealthy I’m sorry to say that is not a lot of money, that’s peanuts. I see his Zimbabwean fans on social media arguing that KitKat is actually rich and has so much money apparently, but his friends want to help out because he shouldn’t pay for his own medical expenses. According to the logic of many Zimbabweans supporting KitKat, this is the right thing to do, because it shows he has amazing friends willing to support him when in time of need.

I do hope KitKat makes it, and gets the money he desperately needs to save his life. I lost my dear Papa to this plague, he was here one minute the next he was gone. So I sympathise because Covid is a deadly pestilence. But I can’t help but wonder that what is the point of KitKat having money, if he has any at all, if it can’t serve him in times like these that he has to resort to being a beggar. I believe that money is supposed to serve you, not the other way round. Like King Solomon said, “Money answers all things.”

The fact that some of his so called friends are leaking the money begging chat for KitKat shows that some of the people being asked for these donations are not happy to donate, hence they leaked the chat to the media. The reason why this is even news is because this man poses as an extremely wealthy man, so it is truly shocking that he is in want of just £12k. We are talking millionaire status here.

What’s also interesting is that the “rich friends” as Zimbabweans call them are donating very small money considering the amount needed to foot the bill. It’s really embarrassing to say the least because the rich friends supposed to be donating the money actually don’t even have it, judging by the list of the donations.

One of the closest friends of KitKat, who poses as a wealthy millionaires of Africa and is known for wearing the most expensive apparel the world has to offer only donated a pitiful £1k. If you put into perspective how these people present as very wealthy, £1k is not a lot of money at all. Surely just one rich friend of KitKat should even cover the whole bill, instead of going around asking for donations and shaming their friend.

I was truly shocked and showed my husband and he was like, “Baby I always tell you, these people buy all these fake labels from Dubai. The way they obsess over the labels tells you it’s all fake, because it’s all for show.”

I remember my husband once telling me that Pokello wears fake labels and I was like no way. But he was proved right in the end.

These conversations makes me miss my best friend Charlotte, she was white and from a very wealthy family, but she was a black sheep of the family and loved being around black people as she believed true Hebrews were actually black. So we really connected in such a powerful way. I’ve never had a friend like her. We laughed a lot about the madness of both black people and white people. Our friendship was so raw and real because she could say anything about black people and I could say anything about white people, we spent our time literally bitching and snitching on each other’s race, it was so sad but so funny, because we were both race conscious and critical thinkers. She used to say she’s a black woman trapped in a white woman’s body and because I obviously hate the mentality of black people so I would be telling her that being black is not all it’s cracked up to be, as we have serious issues as a race and people. She said I was her Queen and pledged to serve me, we were both single mothers, and had our fair share of fights, but we were so real with each other. Sadly time happened, and I found a man and we drifted apart.

She would laugh at black people and say things like “Black people are so obsessed with showing off designer labels.” She would say to me, “Why are labels such a big deal to show off?” She had a black boyfriend who was working as a butler and he was trying so hard to impress her with wearing Gucci clothes and she found it annoying. Unfortunately Charlotte was so right about this one.

As black people, once we get a little money we like to show off with designer labels, yet in reality we won’t have any wealth. I have to admit when my darling husband started making money, like making real money, I found it a little overwhelming and I put on my black ass and damn showed off, especially because we had suffered so much with homelessness and stuff. I had way too many enemies to show off to, including my mother who has wished poverty on me. But I have to say now money doesn’t faze me, I’m kinda used to it, lol, so I don’t need to show off.

My husband was like “brag baby brag, show your mother the bag.”

I remember saying to the King, “ Baby I hate posing in money.” He was like “You have to do this. It will silence your mother’s curses, she said you can never hold 2k in your hands, show her have over 20k in your bag right now.”

Well my husband is very wise, it was Notorious B.I.G who said sometimes you have to be as bad as the baddest to defend yourself and your territory.

Now back to black people bragging with designer labels and lifestyle on social media, yesterday my daughter was telling me about a young black woman she follows on Instagram who was exposed for posing in 1st class for social media, when she was actually taking the flight in economy. The thing is we are now living in a fake world where people go out of their way to present a lifestyle on social media they don’t live in real life. Sadly we then compare ourselves to these people who are living fake lives, and become depressed or see ourselves as complete failures yet half the time we are actually living better fulfilling lives than the popular socialites we see on social media.

Talking about my Lord husband, today I sent him a screenshot and told him that guess what baby you are actually richer than this guy, because my husband whom Zimbabweans often mock for “not being rich” and claiming that if you are rich you show the Lamborghinis and Gucci, actually has way more than 12k in his account at least. My husband who doesn’t pose in front of a Lamborghini, who spends his time cooking me okra stew on a fire pit in our small cottage backyard has more wealth than a man who poses as a multi millionaire on social media.

Not only is my husband worth more than a million in assets, but he is not in a position to ask people to donate £12k to him, he told me when we were homeless that he will never ever be a beggar. If anything he’s so kind to his staff, always being so generous and sometimes paying them in advance.

This morning I appreciated the King so much, because his approach to building wealth mesmerises me. My husband drives no Lamborghini, he has a driver who drives him around. Years ago he had a near fatal accident and was lucky to survive so he hates driving. When I want to go shopping he makes his driver take me. He is very old fashioned like that. He’s been promising me a brand new white Range Rover for a while, but I’m not even that bothered about it because I so enjoy my simple life of hiking and taking long walks.

KitKat’s social media is about his celebrity connections and flashy lifestyle.

I’m not writing this essay to shame KitKat, but this story is a sharp reminder that not everything we see on social media is what it seems to be, no matter how convincing. And once we put information out there, journalists like myself love a good story. That said, I have a feeling KitKat may beat Covid, because sometimes it takes you very fast, the longer you linger on it may mean you have a chance of beating it. I think if it was taking him he will be gone by now. I hope when he comes out he will learn his lesson to brag less and actually build wealth that will make a difference to his life when he actually needs money.

But something tells me he won’t learn, he will probably try so hard to do damage control, deny the reports and pose in front of yet more luxurious cars to prove a sad point, when in reality his pockets are actually empty…

PS: My readers please bear with me as these days I use my phone to update my blog because it’s so much easier and faster than the laptop or desktop. But the downside of it is that the auto correct is cruel, it makes one’s writing a complete joke and sometimes I just don’t have time to perfect my work so if you see crazy grammar and incoherent sentences please blame these iPhones they are merciless to the English language.