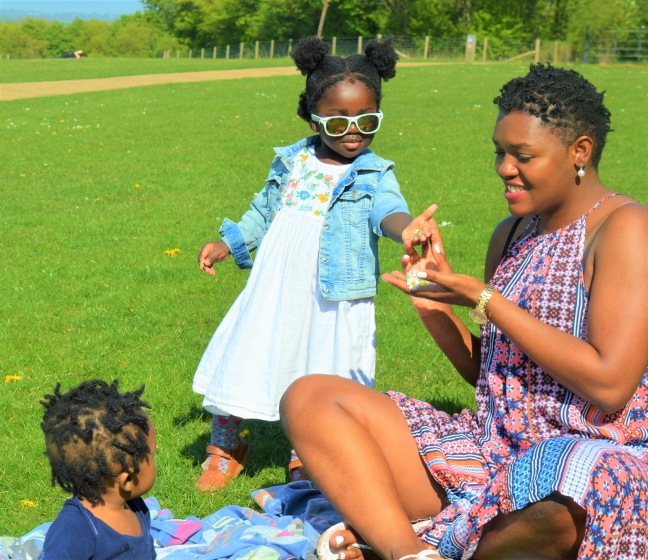 Because we are in a crucial earthly season of the great awakening according to prophecy, where the world is transitioning into a NEW world, there is now so much “knowledge” out there it’s ridiculous. A line has to be drawn somewhere otherwise you will end up chasing your own tail trying so hard to find the “truth”. When I am writing this essay, I have one group of people in mind, the Black Hebrews Israelites. Personally, I have never seen a people so confused. A people with too much, “We are the ones on the path, everyone else is lost.”

In this season of New Year across the world, yes I know, it’s according to the Gregorian calendar bla bla bla, the Black Hebrew Israelites are using this time on social media to literally go berserk, screaming at people like, “Everybody stop! It’s not the New Year! New Year can’t be in winter! New year is in spring!”

Do you all realise how stupid that sounds? Sometimes you become way too woke for your own good to the point where you end up being stupid thinking it’s wisdom. New Year can’t be in winter! Like really. Seasons are different all over the world, have you black woke people not realised that? Do you seriously believe the whole world is under one climate right now? How can you seriously say, it can’t be New Year because its winter! Well, Australia’s seasons are at opposite times to those in the Northern hemisphere. Right now they are at the peak of summer, and their Spring was in September/November so according to your logic, you Black Hebrew Israelites, Australia already had their New Year back in September. I grew up in Zimbabwe, which is in the Southern Hemisphere and their seasons are the opposite of the Northern Hemisphere, so according to your logic, right now it’s New Year in Zimbabwe.

Here in the “west”, the Northern Hemisphere, right now we are in winter. But we can’t use the climate here in the UK or in the USA to determine the New Year throughout the world, claiming that New Year can’t be in winter when a lot of countries right now, especially in Africa are busking in the Sun.

And saying that a year can’t start in winter because it’s dark and gloomy makes no sense because a day starts at midnight when its most dark and gloomy. A new day starts when we are all sleeping. In fact if you want to go deeper and make it spiritual, according to the Most High’s definition of a new day, it starts at sundown, when it gets dark. Sabbath actually starts when the sun goes down. So a year can actually start when nature and people are sleeping.

As for me, Mary Tamar, I am not a scholar, I never knew about these calendars and all the noise about them till about 2 years ago. But what I know is 21 years ago when I set foot in the United Kingdom, the seasons became alive. I became aware of the significance of the weather, spiritually, which is confirmed in the Hebrew Calendar.

“And the Lord spake unto Moses saying, On the first day of the first month shalt thou set up the tabernacle of the tent of the congregation.” Exodus 40.

Within a few years of settling in the UK, I discovered that I loved Spring. It was my favourite season because it was the season of the rebirth, where the sun came out after a long depressing winter. It was the season I felt motivated in life and rejuvenated, the air was fresh and the flowers blossomed. All I knew was it was the season where I looked forward to all year, and I celebrated that season passionately. I went for picnics and would sit outside and just busk in the sun. I would buy a new wardrobe, the brightest colours I could find, especially my favourite orange. So spiritually, as long as I have lived in the UK, my New Year has always been in April.

Today, now that I know the spiritual meaning of the month of Abib, I love Spring even more.

But today if I was in Zimbabwe, all this would be meaningless to me, because in Zimbabwe I had no such connection or awareness of “seasons” in my head. In fact, in April, in Zimbabwe they will be getting ready to go into winter.

So yeah, you Black Hebrew Israelites making so much noise about April being New Year, scolding those saying “Happy New Year!” because apparently New year can’t be in winter, that is the most dumbest thing I’ve ever heard, because your “reason” can only apply to us who are in the West, or rather in the Northern Hemisphere, because for the rest of the world, especially in most parts of Africa, they are in Summer! I can understand why there are over 20 calendars out there, climates also vary so people would obviously have different calendars to suit their climates. It’s not necessarily a “Demonic” issue.

Dear Black Hebrew Israelites, let me ask you this. Who taught Moses to write? Was it not the Pagan Egyptians, who were very wise and learned in the wisdom of this world? Did the Most High not use the Egyptians to train Moses? Pray tell, what language did Moses use to write the Pentateuch? It certainly was not Hebrew! Moses was raised Egyptian, he would have learnt to write Egyptian or Canaanite, and the Most High saw it fit to have His holy word written in a very “pagan” language. The thing is, we can’t go around demonizing things which the Most High has not called demonic, no matter how “woke” we are.

So the people who are celebrating New Year now are also justified to say this is their NEW YEAR. All seasons are special. Winter is very special too, its a very crucial season where we hibernate and reflect. I personally love winter because I also love staying in and getting cosy. I use the time to reflect and many of my lessons are learnt in winter.

And please, understand that the HEBREW CALENDER was given by the Most High only to the Israelites, it’s not for everyone, you have to apply hermeneutics when studying scripture. Some things do not apply to everyone. And that doesn’t make it a sin, it’s just a grey area. Not everyone is an Israelite and that’s okay too. It’s not a sin not to be an Israelite. The Most High also created the Heathens, in case you had forgotten. The Hebrew Calendar is not for everyone to follow, this is not a life and death issue, neither are people sinning by saying “Happy New Year!”

As the rebirth of Israel happens, and as the awakening unfolds earthically, well since I discovered that the earth is a flat disc, I find it hard to use the word globally, I now say earthically instead. So y’all black Israelites need to chill a bit, as people earthically are being awakened, they will start to celebrate the month of Abib/April and the HOLY DAYS which follow. It’s going to happen naturally earthically, like how a woman goes into labour naturally.

With that I say Happy New Year to my readers, according to the Gregorian calendar of course, sigh. But if you really want to celebrate the NEW YEAR according the the Most High, April is coming, and if you are in the UK, it is without a doubt the most wonderful time of the year…where even the Pagans know it is special, deep down. Lockdown began in the month of Abib in 2020, and it looks like it will also end in the month of Abib in 2021…as I said events are going to start unfolding naturally like a woman in labour…because we are in the season of the REBIRTH…

One thought on “Dear ‘Woke’ Black Hebrews, It’s Not A Sin To Say ‘Happy New Year’ Before Spring”