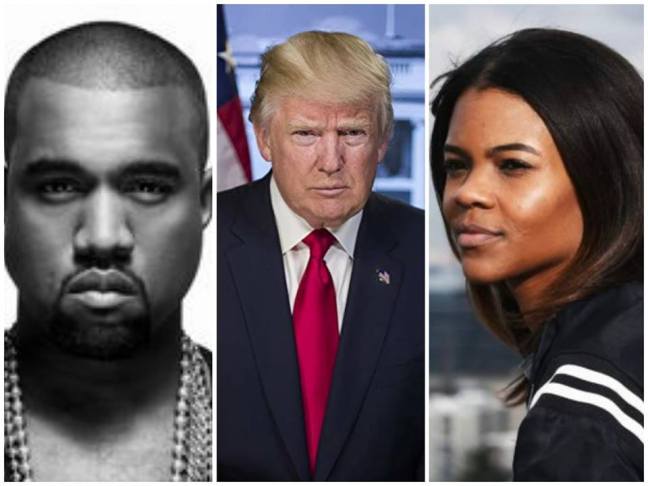 I believe the key to true success at what you do is being loyal to your own thoughts and heart. When I was in boarding school back in Zimbabwe, I learnt a great moral lesson that never left me. A girl called Mary was accused of stealing, the evidence against her was overwhelming. Everyone ganged up on Mary, and she did not have a single person defending her. Each person was accusing her of stealing their stuff. Mary just sat there on the bed, crying. Then one girl called Mildred walked into the dormitory as the Kangaroo Court was going on. Mildred was mixed race, so everyone esteemed her very highly. Mildred’s mixed race advantage made her an influencer, and she was a beautiful girl and pretty smart too, so everything about her was just cool.

‘Mary has been stealing peoples stuff.’ The girls all reported to Mildred as if she was the dorm head girl. They wanted Mildred on their side so she could execute her judgement on Mary too.

‘Oh my’, Mildred responded, ‘Shame on you all, so is this why you are all ganging up on her, and she can’t even defend herself. Get up Mary, stop crying and come with me.’

Everyone’s faces fell. There was suddenly a shift in the atmosphere. Mary got up, stood tall and wiped her tears, and Mildred took her hand and she walked Mary out of the dormitory. I sat there watching everyone’s response, and I was in awe of what Mildred had just done. I admired her. She chose to stick up for someone who was unpopular. She chose not to go with the crowd but use her own mind. I learnt that Mildred was also in a position of influence and power, so her opinion no matter how unpopular it was mattered.  It was one of the greatest lessons I learnt in boarding school.

Fast forward 20 years later, I was humbled when I was credited as an influencer in a huge political debate in America about whether the late Senator John McCain was a hero or not. When Sherrif Joe Arpaio who was pardoned by President Trump was interviewed by MSNBC’s Kasie Hunt, he was asked whether John McCain was a hero or not and he gave the perfect response in which he said his own hero was Donald Trump. The Western Journal’s Conservative Tribune then compared Sherrif Joe’s response about Trump to my views about the American President and quoted me in settling this huge debate, which ended up swaying in Donald Trump’s favour.

Sometimes I find myself resonating with white people more than I do with my own people. It’s not because I am a slave or brainwashed, rather I admire the skills they have, which makes them ahead of black people as a race. A white man in a suite once said to me, “Never stop writing Jean, because you don’t know who is watching you.” It was one of the best advice I ever received.

For me writing means being loyal to my thoughts and heart. Which always brings me to write about people that I resonate with who are hated by the majority.

On that note, I will end my article by celerating 3 people that I love whom the world hates.

I don’t hate Donald Trump. I just don’t. Yes I know it’s taboo not to hate him, especially when you are black. Yes, I know it’s going against trend and culture. But I choose to go with my heart rather than the crowd. And I know democracy in this world is very limited, especially when it comes to Donald Trump, people are simply not allowed to like him.

Recently my children showed me a video of a homeless woman who was beaten in America for holding a poster supporting Trump. My 9-year-old son said to me, ‘It doesn’t make a sense mum, why would they beat up a woman for supporting Trump. Are they not doing worse?’

And my son is right, they will hate Trump, who is in office to fulfil prophecy, but they will like Hillary Clinton or Barack Obama just because to the world they are more ‘likeable’ ignoring everything detestable about them. The world is a very hypocritical place. I wish everyone was allowed to just think for themselves, the world would be such a better place.

I absolutely love Kanye West. I am his number one fan. People hate him because he tells the most brutal truth. Even under sedation, the man is more woke than 80% of black people. People are also very jealous of him because he’s a superstar when he speaks everyone listens. They mock him and make memes about him, but Kanye West is POWERFUL.

I really like this young sassy brutally honest black woman. She does have a brain and she has chosen the liberty to free herself and use it. Sadly black people who choose to remain in chains and bondage absolutely despises Candace Owens. 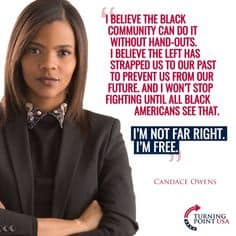 I don’t really agree with everything she says, because like me, she’s also very very opinionated. But I love most of what she says. My heart resonates with her. And I know her heart is in the right place. She just refuses to be a slave because she is black.

So I am grateful that my heart and mind have led me to always use my pen, even when it’s against the odds, and for that, my opinion always matters.