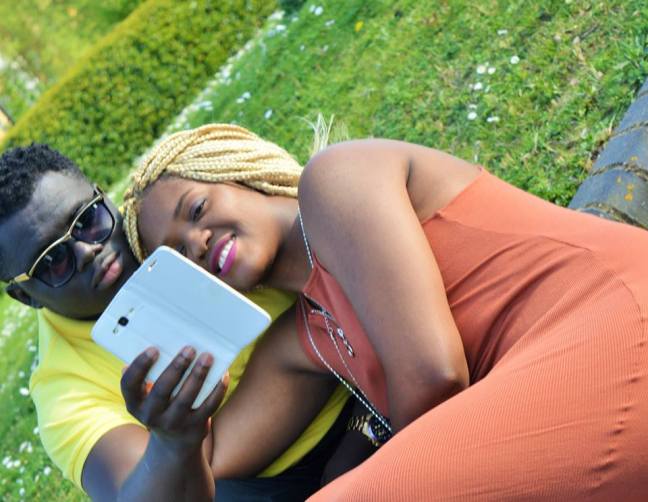 I grew up thinking there was something morally wrong with a woman being with a man younger than her. The society  I grew up in shunned the whole concept.  I could never fathom why a normal man would find a woman 10 years his senior attractive. My mind told me that the woman would be like a mother in such a relationship, and it would just be weird. I thought women like that were men eaters and seductresses who were rather selfish.

This week in the UK 33 year old singer Cheryl Tweedy has been making headlines with her pregnancy to former One Direction band member 23 year old Liam Payne. I have a noticed a lot of negative reactions online about her being 10 years older than Liam. This stereotype of shunning older women with younger men is found in all cultures and races.

After being in alleged abusive relationships with older men, I can understand why Cheryl fell for a man who is 10 years her junior. In a situation like that, a young man brings back your confidence. When she was with her ex husband Jean-Bernard Fernandez-Versini, Cheryl had become so thin her weight became a national concern.  After she broke up with Jean-Bernard, she did say the stress of the marriage caused her to be under weight. As soon as she started dating young Liam, Cheryl suddenly started putting on weight and she looked healthier and happier than she had done in a very long time. Liam is the man who has given Cheryl the baby she’s been yearning for all these years.

If a woman is made for the man, regardless of what number of years she has acquired on earth , in the man’s eyes, she is still that precious small jewel that he cherishes. A man who over looks the age gap of a woman he loves is very confident and matured.

In 2013 Tina Turner at 73, married her 57-year-old toyboy beau Erwin Bach, whom she had been with for almost 30 years. Tina had been badly abused by her older husband Ike Turner and it was in a much younger man, 16 years her junior that she was able to find herself again.

I can totally relate to Cheryl Tweedy and Tina Turner. After coming out of an abusive marriage, I found love in a younger man. When I was in an abusive marriage, I was mostly always very thin, sometimes under weight. I was obsessed with my looks and weight, and I thought if I was thinner my husband would love me more and make me happy. Food was my enemy. However when Nino came into my life, I started eating and enjoying food. I began to put on weight without being conscious of it. I started to see myself as beautiful, inside and outside, regardless of my weight.When I became a single mother after 10 years of marriage. I was laughed at and mocked and was told that I was now doomed when it came to love. I was told I could never even get a man my age, because I was now a reject of society. I was told only much older men would date me, not because they loved me, but to use me because no man in his right mind who has never been married or has never had children would take on a single mother.

But today the man who has made me happy is 5 years younger than me. He is the man who taught me how to laugh and smile again. When he first told me that he liked me, my first question to him was “How old are you?”, because if he was even two months younger than me, it was simply not going to happen. But he refused to tell me his age and asked me what age had to do with anything. I told him but I am a single mother and he said, “even better, I love children.” From that moment he changed everything I had been conditioned to believe about relationships.

He may be younger than me, but his mind is way mature, sometimes more mature than me. The age difference doesn’t even come between us at all.

To me a younger man is definitely better than an older man. He brings out the young woman in you. He knows what he wants in a woman and in you he would have found that. He appreciates you for who you are. Younger men who befriends older women often attracts them with friendship rather than with man-ship ego. I have tasted a very controlling older man as a husband and I’m now with a younger man who sees me more as a friend.

Nino has made me realize the woman that I am. He is blessed to have me as his woman. He has not done me a favor because I was a single mother or older than him. He is what I deserve, because he is the man who has seen the jewel and diamond in me.

I am glad that more women in today’s society are refusing to conform to tradition and are dating younger men. Women, when it comes to love and happiness, there comes a time in your life when you have to leave the norm and go with your heart. Love has as no formula. Do what makes you happy, and be free to be with the man who sees the diamond in you. Age should never be a barrier.

2 thoughts on “I Am With Cheryl Tweedy, Younger Men Are The Best Catch”