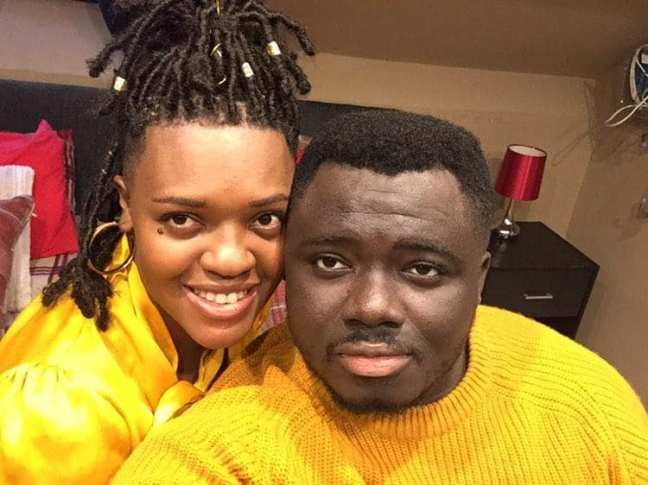 This has been coming up a lot from my readers, especially my Zimbabwean readers. They seem to be under the impression that my King is slowly turning into a type of Walter Masocha, and that our lifestyle and our family setting is turning into some sort of church.

Below are some of the comments from my blog readers.

“Jean has past experience of a man in a powerful position using a corrupted version of Christian teachings and scripture to take sexual advantage of women. She’s been through some horrible things at the hands of horrible people and I admire the strength she showed throughout that Masocha/Agape ordeal.

But it seems like she’s fallen into the hands of another manipulative user, and is now helping and facilitating the abuse of other women. The parallels and similarities are stark. She and her husband are now the ones using corrupted scripture and Christian teachings to justify the maltreatment of these ‘handmaids’ and excuse her husband’s sexual deviance.” 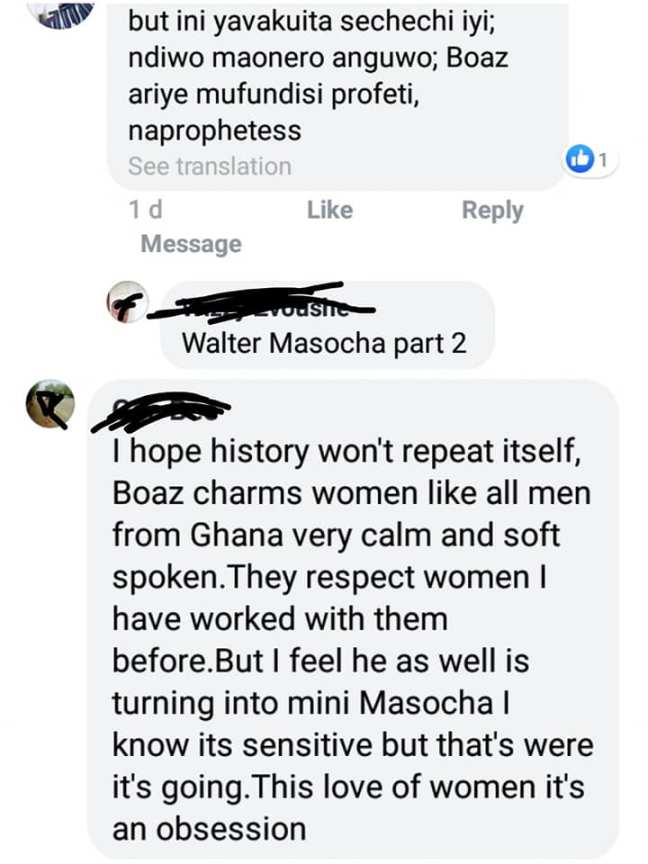 It is a little sad that my beloved Boaz, who is the kindest and gentle soul, the most beautiful of all men,  can be compared to a wicked beast like Walter Masocha. But even Christ was often compared to the Devil, so it doesn’t bother me, because I understand why people are thinking history is about to repeat itself. They see my King’s star. They feel his horn rising in the north. They see his anointing, they see it in his eyes. And because they don’t understand his anointing, they can only compare it to Walter Masocha, the only imposter they knew, who also almost destroyed my life.

Well, this morning Shulamite brought a Nigerian lady home from the school run who was suffering from pain and anxiety, and my King prayed for her.  Shulamite told this lady she had befriended that her husband can pray for her. Anyway, my husband prayed for the lady, and she expressed that she felt that God had healed her. My husband still advised her to seek professional help and see a doctor.

That said, is my King a prophet?  I believe he is anointed. Is he starting a church? I would call it a Kingdom, and he is not starting it, God has given it to him, he is to continue the Davidic dynasty in these last days.

In fact when I first met my Boaz, one of my friends Grace warned me that Nino was either highly demonic or highly anointed, she said she could see he was anointed but could not tell what type of anointing he has.

My King was chosen for such a time as this. His friends are interested in joining our household for Sabbath services.  Its like we don’t even have to call people, they phone my husband and ask to join. He is the one who normally holds back. Two weeks ago we had his property tycoon friend and his wife join us for sabbath, even though he is a freemason.

As for the fallen WalterMasocha, he was not only a paedophile, but he was an evil abuser and an enemy of God, that is why today he is completely fallen and remains on the ground. When God doesn’t build a house, it is impossible for it to stand for long Walter Masocha was also a wife abuser who used to beat his wife. He slept with many of the married women in Agape church, including his own daughters. He was a vile human being who is a reprobate beyond redemption.

My husband actually came into my life to spiritually destroy Walter Masocha. He told me when he was still in Ghana that Masocha would fall, very hard.  I invited him to the UK to come and support me during the Walter Masocha trial. He delayed his application so came after the trial, like a month later, but he played a big part in ensuring the end of Walter Masocha, not through the trials, but the aftermath, when Masocha appealed against his conviction. My King predicted that after the convictions were squashed, Walter Masocha would then tie his own legs with a rope.  My King said I was the one who had given  Masocha the rope, and he successfully tied himself with it.

My King is an anointed man, the chosen of God, carrying the spirit of King David. He helped me destroy Goliath. Now it is time to re-build the House Of David.

Every Sabbath my Boaz gathers his 3 wives and 6 children, and he teaches the word and sings psalms and his children dances. His voice is the sweetest, his teachings are the deepest.

So no, my King is not a rising Walter Masocha, rather he is a rising King David. And a David is no King without his Harem.

Yesterday Shulamite wrote a blog about what the King taught her on Sabbath, they went for a walk and spent some time together and it looks like she had a revelation. Her revelation tied up with the collage I had done of Hagar, Shulamite and I on the Sabbath. This collage is now the one used as a DP on our family WhatsApp group. Hagar is the one who updated it, she loved it so much.

We are now living in a prophetic season, it’s not a coincidence that Kanye West has also started a satanic church in the name of God, supported by his wife the Whore of Babylon. It is the season of chaos and confusion, but God is also about to restore the Davidic dynasty.

As the Satanic Kingdom rises, my King says I am his Prophetess, I am Tamar, the Priestess of dreams. God shows me things, I dream dreams and see visions. But my King always interprets every Vision and Dream. I am looking forward to sitting next to my King as he leads the people of God in the North…