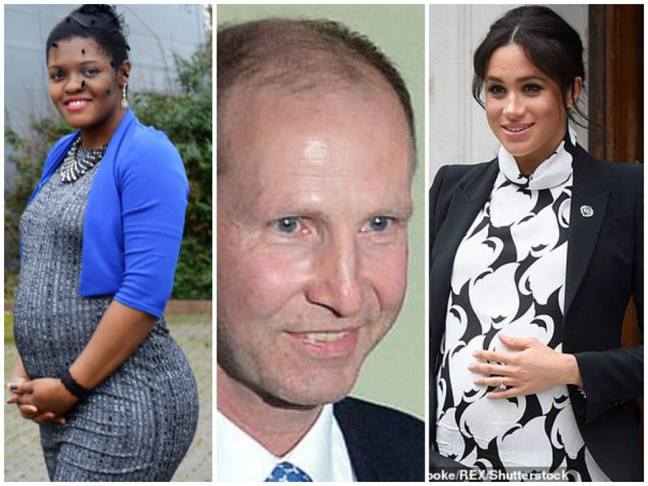 So Meghan Markle, The Duchess Of Sussex has reportedly claimed she doesn’t want ‘men in suits’ overseeing her baby’s birth and has rejected the Queen’s doctors in favour of her own delivery team led by a woman. The Duchess of Sussex has broken from Royal tradition by appointing her own team and politely declining the services of Royal Household gynecologists Alan Farthing and Guy Thorpe-Beeston as lead physicians, according to a source. ‘Meghan said she doesn’t want the men in suits. She was adamant that she wanted her own people. It did leave a few of us a little baffled,’ the source told the Mail on Sunday.

It looks like Meghan will be hated whatever she does, even choices that pertain to her own body and her own babies. How can a woman be criticized for not wanting strange men she doesn’t know being part of the most intimate life changing vulnerable moment of her life? Well as usual, the comments on the Daily Mail are shocking. To the racists who hate Meghan’s guts, apparently male gynecologists are the best thing to happen to women since creation. What would we do without them hey?

As a mother of 6 children, I have to say I totally agree with Meghan. I am one woman who believes that babies should be delivered by WOMEN only.  I had all my 6 babies delivered by midwives, not men. There is a reason why they are traditionally called midwives not midmen. I find it totally wrong for a woman to de-robe in the presence of a man who is not her own husband and I have always refused to be attended by male doctors/nurses if it pertains to my gynecological health. 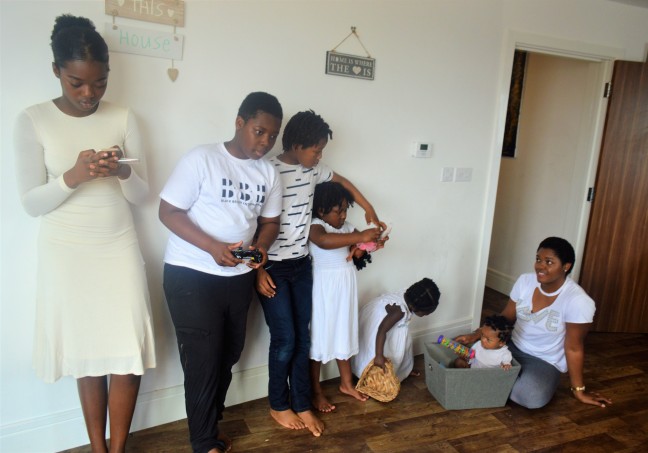 The bible is very clear that Israelite babies were delivered by women (midwives) and not strange men.

I remember reading about Kate Middleton when she had her first baby that there were at least 3 of the Queen’s male doctors in the delivery room. The poor woman was literally ‘on show’ in the name of Royal Tradition. Personally, I couldn’t imagine anything more awful and degrading.  Giving birth is something that is so personal and private for any woman, and vulnerable moment too, and no other men should be part of something so intimate. So well done to Meghan for standing up for her womanhood and dignity.

I also think Meghan may have other reasons for snubbing the Queen’s doctors, she is a very smart woman who is making sure everything goes well for her and her first baby, well just in case. For her to allegedly say she doesn’t want “men in suits” delivering her baby, she means she doesn’t trust the authority and power that is represented by these male doctors.

Well, I didn’t have the privilege to choose beforehand my Team of midwives to deliver my babies like Meghan, but what I had was the privilege to pray that no strange men in the name of gynecology would have to deliver any of my babies. I was truly blessed because God answered my prayers and I delivered my 6 babies in the hands of simple caring women called Midwives.

My last 2 births were truly beautiful, in fact my daughter was delivered by a beautiful spirited Ghanaian midwife, and the experience was just out of this world. My last baby Chaka was delivered by 2 amazing Caucasian midwives who spoiled and pampered me throughout the labor, and my Boaz was the most amazing birthing partner, playing me calming music and telling me how strong and brave I was. But most importantly, I felt at ease because I only had women in the room, the only male present was my own husband.

Well I will take it as far to say, it is an abomination for men to deliver babies or be gynecologists. I dont care that the modern world sees this abomination as normal. To me, it isn’t. This is a profession that should be reserved for only women. Its not like women are not intelligent enough to be gynecologists. I would think a woman would be more understanding and compassionate to another woman in labor, if anything in my experiences of giving birth, I found the kind words of the midwives very comforting, and  motherly.

The word midwife derives from Old English mid, “with” and wif, “woman”, and thus originally meant “with-woman”, that is, the person who is with the mother (woman) at childbirth. The word is used to refer to both male and female midwives. Like I said, each time I gave birth, the midwives were like mothers to me, and that to me was the most important role they played.

I am just grateful that I never had to birth any of my precious babies in an abominable environment of having male midwives, or male doctors, and I am happy that Meghan Markle was brave enough to refuse this abomination too.

One thought on “Female Midwives Should Deliver Babies, Not Strange Male Gynecologists”