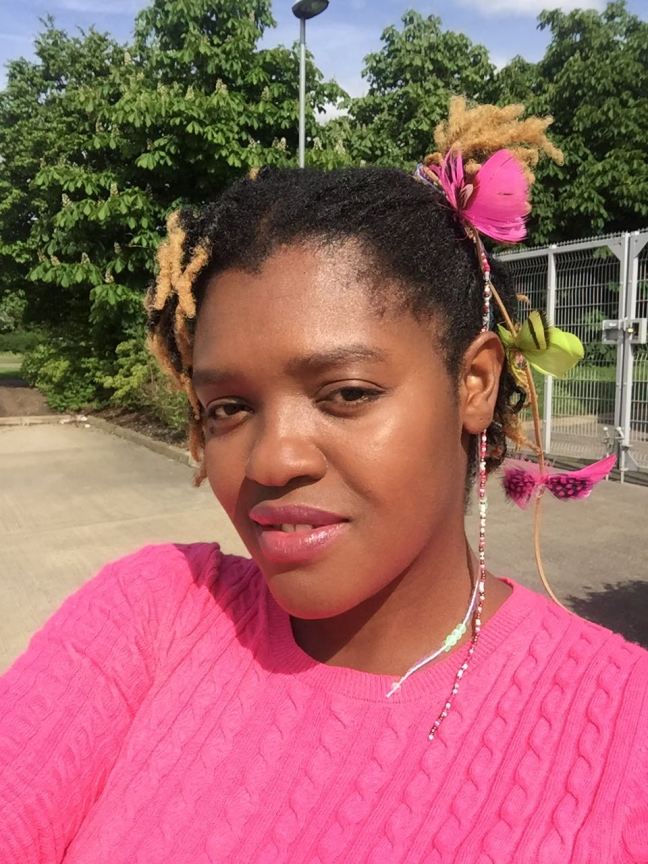 As I stand today, now one of the most hated women in Zimbabwe, a figure of ridicule, scorn and mockery, which is being cruelly hurled at me along with the cultural and religious threats which come with it.  Some are saying I will die a painful death because I have done an abomination of speaking about my mother in public. One of the biggest taboos in Zimbabwean culture.

Damned that I wrote about the thing which has kept me a prisoner all my life.

Today Mummy, you have Facebook Zimbabwean socialites known for bullying on your side. Cyber bullies like Bren Mupa and Mike Tashaya will invite people to mock me mercilessly on your behalf. Laughing at me that I was tormented by the chickens you made me slaughter.

Some are accusing me of not approaching you to tell you how I feel. Though I have come to you numerous times over the years. If I try to talk to you, you go completely silent and do not even answer me or look me in the eye. All my feelings are completely dismissed.

A few years ago, when things got worse, I went to your brother, my Uncle who promised me that he would talk to you, but that was the last I ever spoke to him. Once he spoke to you, he never spoke to me again.

I then went to another Uncle, who seemed to sympathise with me but after he spoke to you he became cold and hostile towards me, telling me I had to do the honourable thing and let go and forgive.

After this, I went to another aunt who advised me to pray and leave it in God’s hands.

I have done that ever since, daily making a prayer to God to have a mummy who will just love me and not accuse me of evil and not say words that hurt me all the time.

After I passed my GCSE’S, Daddy took me with him to find me an A LEVEL school place. He also bought me new clothes. During our search for an A level place, he was treating me to expensive meals at restaurants.

He took me to Chinhoyi Caves for a meal on our way back. I had been an indoor girl all my life so I was very excited about my new nice clothes and how I had been travelling with Daddy, meeting people.

I remember the night we came back home, I was telling you about how exciting the trip had been. I was sitting on the carpet.

You were quiet and said nothing, then after a while, you said something, ‘Why are you happy that Daddy took you out? Do you think he took you out as a daughter? He actually wants you to be his girlfriend. I have always dreamt of you and Daddy having an affair’. I was horrified. The excitement and joy suddenly vanished. I felt nothing but horror, shame and confusion.

When I started my A-levels, Daddy used to give me a lot of pocket money, yes I felt guilty because it used to hurt you a lot, and I remember handing you some of the money because I cared about you deeply.

After this, you would constantly tell me that Daddy ‘vaindida’. Daddy fancied me. And you would say, ‘ndarota uchidanana naDaddy.’ I dreamt of you having an affair with Daddy.

I became very scared and confused. I felt that during this time, you became very hostile towards me.

Only two years ago, in my house, in front of my children, you accused me that when I was a child I used to sneak into your bedroom and sleep with my own Daddy.

I was only a child Mummy.

I never once slept with your husband. He was my Father. I was a virgin when I left Zimbabwe just after turning 17.

You say to people that I am a whore among other things, but this is not true. I was never the other woman in your life, how could I be, I was a child, a minor. I have always been your daughter, and that alone.

Never once have I claimed to be perfect. When I came to Zimbabwe in 2011, after all the torment I went through, I ended up kneeling down, apologising to you for everyone ganging up on me. Tears streaming down my face, I said sorry, please find it in your heart to forgive me for whatever sin I have committed. But even that was not enough, you could not even look me in the eye or embrace me.

It’s a shame Uncle Ernest who comforted me as I wept in Zimbabwe is not here today, I grew up without talking to him even once because you always said what an evil Uncle he was. But when I came to Zimbabwe, as I stood weeping outside, he came and stood next to me. May his blood bear witness for me in the ground.

Mummy, I am not afraid anymore. Let the world read all about it.

Today Ameli Sande sings to me, …Let them read all about it…

You’ve got the words to change a nation
But you’re biting your tongue
You’ve spent a life time stuck in silence
Afraid you’ll say something wrong
If no one ever hears it how we gonna learn your song?

You’ve got a heart as loud as lions
So why let your voice be tamed?
Maybe we’re a little different
There’s no need to be ashamed
You’ve got the light to fight the shadows
So stop hiding it away

I wanna sing, I wanna shout
I wanna scream ’til the words dry out
So put it in all of the papers,
I’m not afraid
They can read all about it
Read all about it

I have been damned all my life. Demonised among relatives. I don’t even know what rumours are said about me, all I know is they all alienate me and see me as a disgusting person.

I was damned for being quiet and protecting you. I felt like the most horrible person ever. Unlovable and ‘cursed’.

I was damned when I tried to talk to you, you would not even look at me or answer me back. When I would ask you, ‘Mum why are you mean to me?’ You would say ‘zvekutaura nevanhu hamudi,’ and refuse to say anything.

I was damned when I went to relatives. I was threatened with the bible, accused of not being nice to my own mother and ignored and scorned.

I was damned for keeping it all in, with no one to talk to. Hurting and shedding tears on my own pillow.

Today I stand condemned by an entire nation, damned for saying my mummy didn’t love me.

Am I not an orphan in this world? Not one day have you ever comforted me for any single problem I had.

I have nothing more to lose. For I do not even know some of the accusations that are said about me among the relatives.

During the Agape trial, you would say things to demoralise me throughout. Even before the trial you said you had discussed with a family member that I wasn’t going to win the case anyway. Though I admit at one time you said, ‘Jean you are a true fighter. You also said God has really exalted and blessed me.’

Mummy, twice I brought you here to the UK. In 2006 I left my one-year-old baby in the hands of my wicked in-laws for two weeks to come to be by your side when you were ill. Even the nurses would say they wished they had a daughter like me, you testified of that yourself.

But today I stand accused of being the worst daughter by Zimbabweans, and I face nothing but mockery, threats and scorn for breaking a taboo. But this is nothing new Mummy, for you have always had everyone on your side.

I have nothing more to lose. I have been damned all my life. There can only be redemption for me, somewhere, somehow in this world. I do not believe I am only to be redeemed in the next life, I also believe that I will be redeemed in this life too.  I have already been slaughtered in a country I no longer call motherland.

A country that has nothing but hatred for me.

If you loved me enough mummy, you would tell everyone the truth, that I never slept with my Daddy. If you don’t believe me, make me take a lie detector test and at least clear my name from the relatives, I am not a whore either.

I was never the other woman in your life Mummy, I was always your little girl, lost, confused, neglected and in desperate need of a hug from you.

Your daughter in truth

PS: Even if it had been true Mummy (though it’s not), that I slept with Daddy, would that not be rape Mother, for I was only but a child. I was under 16 years old, I was under the legal age of consent.  Why would you hate me, Mummy, for being raped?

11 thoughts on “No Mummy, I Was Always Your Little Girl, Not The Other Woman”