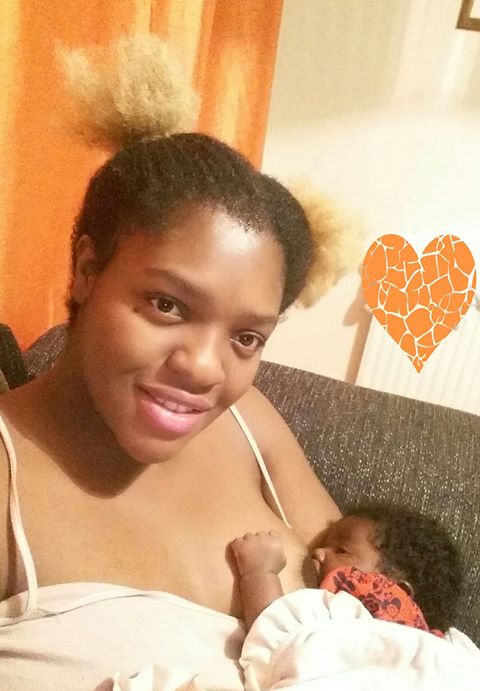 As this month celebrates International Womens Day, I will be writing articles that encourage women to break barriers and stigmas about motherhood in the 21st Century. I am currently celebrating the birth of my 5th baby Charo, and I personally feel there is nothing more rewarding to a woman than being a mother.

I totally disagree with the speech that Viola Davis gave when she won her oscar and said, “acting is the only profession that celebrates what it means to live a life“. That was just wrong and I felt offended as a mother. If there is any profession that celebrates life, it’s called motherhood. For me, a true picture of the purity and beauty of motherhood takes me back to my childhood, when I saw women being free to do the most natural thing a mother can ever do to their child: breastfeeding.

When I was growing up in Africa, I never saw the breast of a woman as something inappropriate or indecent, especially that of a woman nursing a child. I saw women breastfeeding their babies in parks, in buses, sitting under trees, at the markets, even walking in the streets and just about anywhere where you find people. If a baby cried in public, the normal thing was for the mother to get her breast out and feed her baby, regardless of who was in her presence. No men were turned on or offended by the breast of a nursing mother. It was seen as the beauty of mother nature, where the wellbeing and life of a defenseless little child were solely dependent on the breast of its mother.

But today I live in a totally different world. Women who breastfeed in public are often shamed and deemed immoral. People stare. People get offended. Some will even take action against breastfeeding mothers, though it is legal in the UK to breastfeed in public. Some women have been ordered to leave restaurants, just for breastfeeding their babies. I remember reading a story of a woman who was ordered off the bus because a man had complained to the bus driver that a mother was indecently exposing herself. How can it be indecency? What’s even sadder is the attitude breastfeeding mothers have developed in western countries. Women are not comfortable to breastfeed their babies in public because of the fear of being judged, humiliated, and shamed. 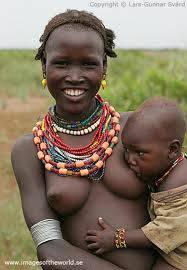 When I was nursing my third child I was invited to a barbecue party in Liverpool. The hosts of the party where a Nigerian couple and most of the guests were black Africans. As we sat outside I started breastfeeding my baby who was at that time very hungry. I had him covered under my top, but I was horrified and shocked when one of the female friends of the hostess came to me and told me off for offending the other guests by breastfeeding outside in the garden, even though my breast was even covered. The idea that I was breastfeeding in broad daylight in front of people was offensive enough.

I was made to feel like I was doing something shameful. I was then taken inside the house where I was told was the appropriate place to breastfeed my baby. Sadly I was still a very timid woman then. I could not stand up for myself or for my baby. I was very upset about how I was treated at that party, I felt like my joy and freedom of being a mother was being robbed from me for no reason at all.  It was more upsetting coming from black Africans. I could not understand why they had adopted the British culture of being offended by breastfeeding.

But today I’m so excited that I am a mother again. Breastfeeding is one of the most beautiful things about being a mother. The bond it gives you with your baby is priceless, it’s worth the pain that comes with it.

My favorite song at the moment is Enigma’s Return To Innocence. It’s a song about not being afraid to be yourself. It’s a song about allowing yourself to be innocent again. It’s about love, devotion, feeling, and emotion. These days it’s always on repeat in my house.

This is my own version of returning to innocence. To be innocent is to act out of our innermost emotions, to look at the world with purity as if you were a child.  I have always wanted to take a picture like this, where I am just myself with my natural hair, with no make-up, but just being me, a mother. 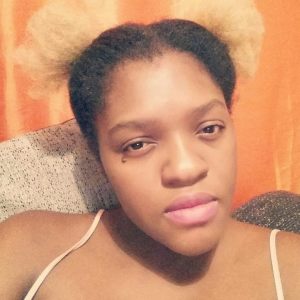 I think Return To Innocence is the most beautiful song ever written. So many times in life we miss out on the most beautiful moments because we are too worried about things that may not even come to be. Sometimes we miss out on life’s precious gifts because we are too busy being worried about the opinion of others and things that do not even matter.

I do not care that breastfeeding in public is taboo and shameful in the UK. To me, it is the most natural thing a mother can do for her child. I’m beyond blessed to be a mother again for the 5th time, and this time no one is robbing me of the joys and necessity of feeding my baby however and wherever I choose. I intend to enjoy all the blessings that come with motherhood. There is nothing sacred or private about breastfeeding. It’s simply called being a mother. And I am returning to my innocence.

4 thoughts on “Returning To The Innocence Of Breastfeeding”