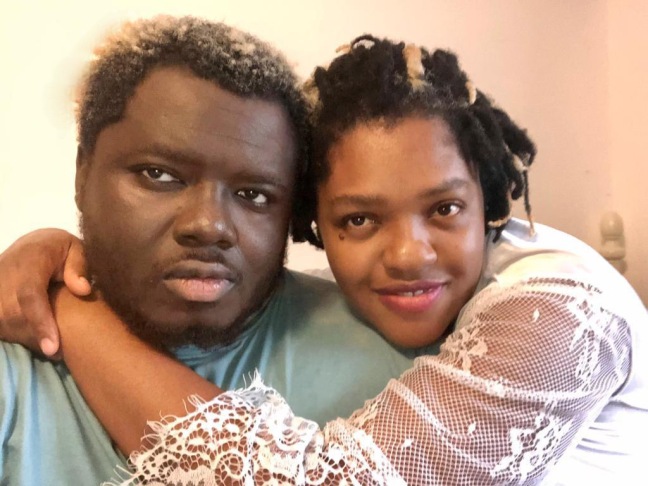 Yes, you read the heading correctly. A reader on Twitter said they almost didn’t read my essay this morning because my topic said “two white women”. Umm apparently I was just supposed to write “2 women,” because their skin colour had nothing to do with the story. They actually asked me why I mentioned that the women were white. I showed my dark skinned very black melanin popping nappy haired darling husband the strange comment, and he was like, “.Well you are describing the women, and truly they were actually white. What has the world come to?”

It’s shocking isn’t it, that someone got offended by me calling white women white to the point of not reading the article because of it. And the skin colour was mentioned in a positive way as well, I even called them lovely white women because they were actually lovely white women, but alas that’s not okay in this modern world.

Once upon a time, a few years ago actually, I had a best friend who was white. She was one of the best things to ever happen to me because she understood me like no one ever understood me, we had so much in common, but our friendship thrived so much because we were so open with each other especially about race issues. She was so free to tell me what she didn’t like about black people, and I was so free to tell her what I didn’t like about white people. We would spend hours gossiping about black and white people it was so bad, and we would laugh our heads off. I had juicy things to tell her about black people and she had so much to tell me about her world, as she was from an upper class British family and called herself the black sheep of her family. Our friendship was based on snitching on each other’s races. She had so many things she hated about being white, and I had so many things I hated about being black in terms of how black people behaved so it was like we found each other, her being white and me being black was the foundation and bond of our friendship.

She was a single mother and wanted me to move to her town, as I was also a single mother when we met. Sadly we parted ways after I met my darling Boaz, she felt somehow let down and our friendship drifted apart as I was madly in love. But I miss her so much, because she was like my soul mate of friendship and I long to see her again, my very WHITE friend.

So I hate it when people tell me crazy things like why am I mentioning that white women are white, because the only best friend in my life was white and I found her and she found me because both of us were very very colour conscious.

I hate hypocrisy in all its forms, the irony of it all is that I get so much racism from black people especially because I have a very dark husband and dark skinned daughters. When Zimbabweans especially look at my husband, all they see is his dark skin, and they say the most derogatory horrible things about his skin, because that’s all they see in him, dark skin. So as a dark skin advocate, I’ve spent years writing about the beauty of melanin. I even had my beautiful new born babies insulted by black people because when they looked at them, all they saw was “ugly dark skin.”

I’m very skin conscious, I’m colour conscious, I see colour in everything. In fact because I see the world in colour, I fell in love with my husband because of his excessive dark skin, that’s my main attraction to him. He is the most beautiful man I’ve ever seen, he’s so photogenic and more stunning in real life. His eyes, oh Lord. His thick lips, when he kisses me I literally fall in his arms. His beauty makes me weak, his legs especially are like the work of an artist. I hope I’m not offending someone out there.

Yet I get the most cruel abuse from black people for falling in love with my very dark Prince Charming. Sorry to say black people but sadly they are black, and these black people comment publicly on how my Lord Husband’s skin is too dark and ugly and I don’t even get other people sticking up for me or helping me defend my husband’s skin colour, apart from my Papa who wrote to me thanking me for defending and educating black people on the beauty of black skin. Yet someone gets offended that I mentioned white women’s skin positively.

What a world we now live in. Everyday I see headlines in the mainstream media of how people are getting more and more offended by the hour by the little normal things we used to say. I read somewhere that a train instructor or conductor (not sure what they are called) had to apologise after saying Ladies and Gentleman. Apparently there was a gender neutral person on the train who was offended so now it’s politically incorrect to say ladies and gentlemen.

I read somewhere not long ago that a black girl (sorry I said black just in case someone is offended) was sitting by herself in a pub, and a waiter described her on her receipt as “girl sitting by herself”, or something like that, and she was so offended and took to social media to complain that a waiter said she was alone. Yet she was indeed sitting alone in a pub.

I mean you couldn’t make it up really, but this is the world we now live in.

I love Eric Clapton’s Wonderful Tonight, such a beautiful classic song I play a lot. I just wonder if he had sang that song today. No doubt some would have been so offended by the lyrics…

“Eric, lovely song but is it really necessary to say the woman had long blonde hair, why not just say she was brushing her hair. The colour and length of the hair is unnecessary to the song and may be offensive to black women with nappy hair.” I can honestly see some complaints along those lines had Wonderful Tonight been released in this era.

I really hope to God that there is a place for people like me in this world, people who love to express themselves with as many words in their basket as they can, and play and dance with the words of their choices as they express themselves. Now with so many words being deemed offensive, how then do I dance and play with my words freely. I wonder.

I can’t even say “ lovely white women” without some people getting so worked up about the fact that white women have been called white….

I think it’s a beautiful thing to celebrate people by their colour, because God made us different colours so we appreciate the beauty of our different skin tones. It’s so sad that because of so much hatred and racism, just mentioning someone’s skin colour, especially if they are white is somehow offensive. Yet everyday people are looked at, and judged because of the colour of their skin.

It’s okay for white people to openly be proud of being white, just like I am very openly proud and grateful that I am BLACK, I love everything about being black , so I will always say I’m a blue black nappy haired black woman…

I hope the way I describe my BLACKNESS doesn’t offend anyone out there. Some may wonder why I have to mention my blackness in almost all my essays. Well it’s mainly because I want to among other reasons. But most importantly I’m a melanin advocate for everything black. Hence my dislike for Meghan Markle who is appropriating black women and the black struggle.

May the Lord help us all indeed, red, white, blue, black…

So My Reader Got Offended That I Called “White Women” White