One of the reasons I love being a writer is because the things I write about always come to pass one way or another.

So today Zimbabwe has announced that it’s introduced a new lobola law which does not require the traditional bride price to be paid before a marriage can be solemnized. The new lobola law has been introduced after the government noted with concern that some parents and guardians have been exploiting the lobola system to extort money from the sons-in-law.

I have written a number of articles about this madness in Zimbabwe called “lobola”. Zimbabwean parents are literally selling their daughters to men. They raise their daughters anticipating on how much they are going to charge for them. If a poor boy falls in love with their daughter, he is simply denied the chance to marry the woman he loves. A lot of lives have been ruined because of this madness of lobola.

As for me, I am so grateful that my Ghanaian King refused to partake in this barbarism of Zimbabwean bride price. In his  Ashanti culture, the dowry is nothing but a token of appreciation to a man’s future in-laws. He simply gifts them. There is no buying and selling of human beings. I truly believe that this Zimbabwe roora/lobola culture brings a curse on marriages. It could be to do with the pagan origins and symbols of the Shona practice. The whole ritual is about honouring the gods of Zimbabwe, though most Zimbabweans have no idea about the origins of the ritual. My Ashanti King could not possibly do this.

My first marriage to a Zimbabwean man was cursed even on the day of the lobola ritual. Both sides of the families were not happy with the price negotiations. My ex-mother in law went as far as to curse me because of the money which was paid. I remember my ex-husband weeping saying that whatever drama had unfolded would curse the rest of the marriage, and we would eventually break up because of it. Well 10 years later the divorce did indeed happen, though it was a blessing in disguise, probably one of the best things to happen to me, but the fact is, the marriage curse began on the very day the lobola was paid.

But when my Boaz came to redeem me, he tried his best to honour my father and wanted to pay a token of appreciation for me to where I was coming from. But the demands were abnormal and he was told he can not mock and spit on the Shona culture or “chivanhu” by paying a certain amount of money.

My worth to my King has never been in how much money he has to pay for me. I am worth more than what money can ever buy. I am his rib. 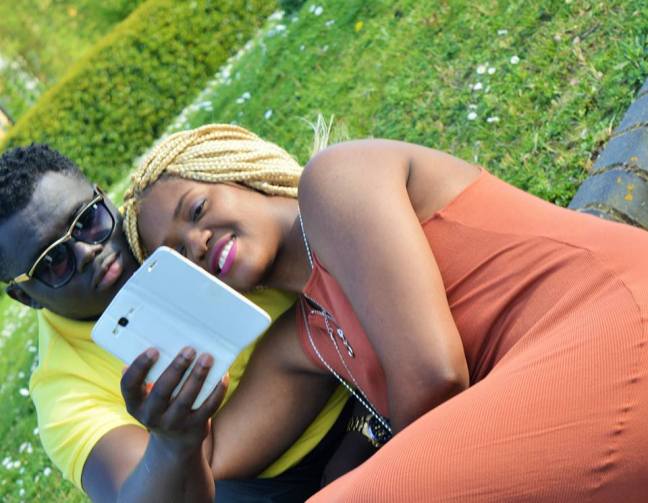 And I have to say, my King has watched his people from Ghana and even Nigeria go around paying these rediculous lobolas for Zimbabwean women and their lives getting ruined in the process. Well though most Zimbabwean women settle for being concubines of West African men, some do actually get married, and when that lobola is paid, there are often so many disturbing stories from the rituals. There is nothing positive about the Zimbabwe lobola ritual. NOTHING.

There is also the latest trend happening today were women, the ones in diaspora are going back to Zimbabwe and buying younger vulnerable men by paying for their own lobola in the name of owning husbands and having some form of marital status in society. A lot of women in the UK, especially nurses paid for their own lobolas. And they pay thousands. The whole thing was becoming a bit of a joke anyway, it doesn’t even mean anything anymore.

I am glad that the Zimbabwean government has woken up to this barbarism. I call it barbaric because it brings forth the justification of treating women as slaves. Women are abused by their husbands because of the money which would have been paid. A lot of resentment and anger on the wife is birthed from the culture of lobola.

My ex-inlaws where so angry with me, they abused me so much and claimed I wasn’t worth the money which their son paid for me, even though it was peanuts. My side of the family was so angry, especially my father because he said the money which was paid was not worthy of me. I am the one who suffered for it, I was abused terribly in the name of lobola. Yet my value can never be measured with gold and silver, I am not for sale, and that goes for both sides, where I am coming from and where I am going.

I hope that the culture of lobola is is banned totally, but for today, making it irrelevant and not a necessity to solidify marriage is enough start which I am very happy about…I wrote it, my Ashanti King defied it, and well, it’s happening…And Zimbabweans often say to me, you are not married because your Ghanaian man did not pay anything for you…lol.

Lobola is no longer required for marriage in Zimbabwe to be solemnized. Can we toast a glass of wine to that…