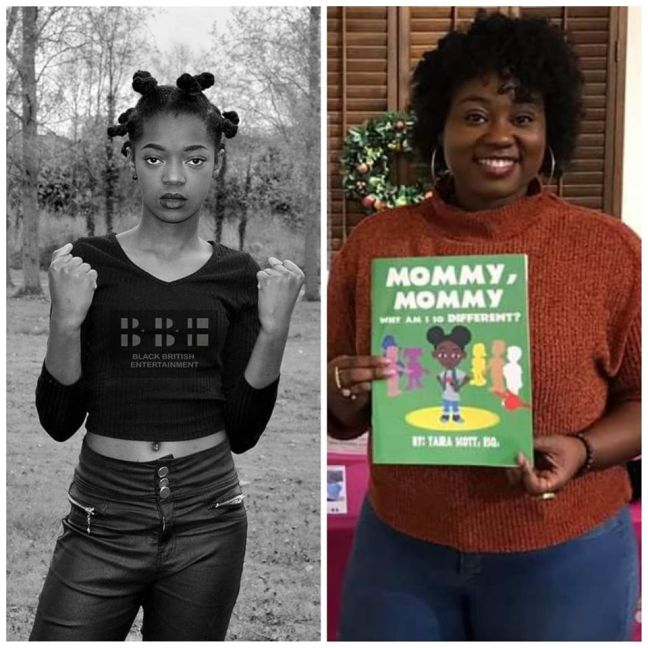 Last week, I decided to join a Facebook group called The Black British Community after a long break off social media. Today one of the posts caught my attention, and I decided to engage and comment. It was a post promoting a children’s book by Taira Scott which is titled “Mommy, Mommy, why am I so different?” The cover had an illustration of a black child being pointed at by children of other races and being bullied because they were black, which prompts the child to ask why they are different.

I decided to comment on this post because I found the book cover illustration and title very disturbing. I wrote on the group post that I would never buy or read such a book to my children. I also mentioned that the book itself is a depiction of the self-hatred majority of black children have which is instilled in them at home by their own parents. For a child to get to a point where they ask “Why am I different?”, it means they hate themself and do not want to be black. The racism and bullying at school only brings out the self-hatred which is already in them.

The moderator who posted the book cover got so angry with my comments, called me unreasonable and said I was bringing disruption to the group and he banned me from commenting. He said the book is a positive thing for black children who asks this question in the diaspora and should not be disputed.

Well the beauty of being Mary-Tamar was Jean is that I have my own blog to write whatsoever is in my heart. No one here moderates my posts, and I am so happy that my little blog is not far from reaching 1 million hits. So yeah my little opinions do matter.

So since I was banned from commenting on The Black British Community Facebook group today, which was also my first time to engage, I was like well, I have my own platform and this Facebook moderator won’t stop me or shut me up. I don’t normally do Facebook groups anyways, so I had to bring the fire burning in me about this distasteful Children’s Book to my own platform. My own voice, and here it goes.

I don’t care what is inside this book, the title and cover illustration is an utter abomination.

I have 6 black children, two girls who are dark-skinned by black standards.

When I gave birth to my first daughter, who is dark, I faced so much racism and hatred from my own people and family. When my daughter was barely one year old, my own older brother, her own Uncle came to visit, he lived like 4 hours drive away. He never saw me often, maybe we would see each other twice in a year. Then upon seeing my beautiful daughter for probably the second time, as we sat down to greet each other, he looked at my baby in utter disgust and said in Shona, “Ko mwana kubva aita black kudai chii nhai? Ah kuti ndoo kudai, ha no mhani. Munhu haafanire kusviba like this.” meaning, “Why is the child so black like this? Why? Ah the way she is so dark. A human being should not be this dark, it’s not right.” 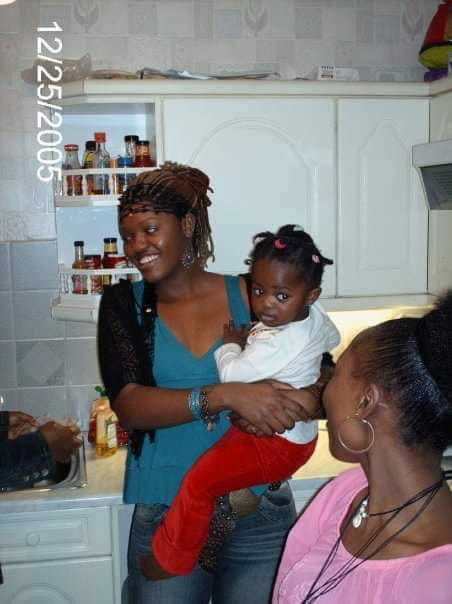 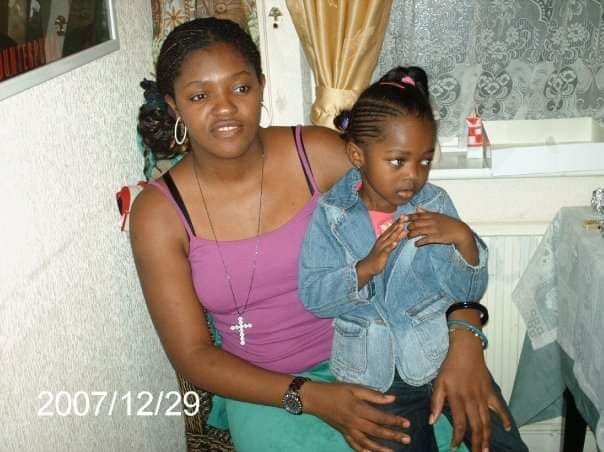 I was a first-time mum, very young and I didn’t know how to answer such evil remarks about my child, especially coming from people who were supposed to be my own family. I was so upset and could only swallow my pain, and all I could do was smile back at my disgusted older brother and try to explain why my black child was black. I even had a very slow husband who was sitting next to me, but he never knew how to stand up for anything right. The man was and is a fool.

“Yes she is dark I know, that’s just how she is,” was all I could whisper back to my brother, stroking my baby’s dark thigh.

I watched my daughter being ridiculed by her “family” for her dark skin, when she was about 6 years old, I travelled to Zimbabwe with her, and one of my relatives said, “How can a dark child like this come from the UK? Are you sure this is your child, a UK child so black like this?”

Again, I was very weak back then, I would never answer back, I would just hurt inside, and hug my daughter and tell her what a beautiful girl she is.

The point I am making is, the real reason why black children ask “Why am I black? Why am I different?” is because they have self-hatred in them, inflicted at home from the moment they are born.

My own experience with black people towards my children, how much they loathe being black and how they abuse dark-skinned children made me go on a self-journey as a mother, and I realised that I never wanted to raise a child who hates being black.

I would buy black dolls for my daughter, and friends would ask me “Why I was trying to scare the child and give her nightmares with a black doll.”

I have three daughters, and I have never bought a white doll for any of them, I find that to be a total abomination. I see black people buying white dolls for their daughters. They decorate their daughters’ rooms with the popular Frozen movie themes. Everything they buy their children to play with is “white”. They are the ones who teach their own children that Princesses are white, with blonde straight hair and blue eyes. Then these poor black girls watch their mothers put on blonde wigs and straight wigs, surely the black child is subconsciously being taught to hate their identity. In the black community, it’s no secret that darker-skinned children face more segregation and prejudice than lighter-skinned black children.

So of course when that child goes to school, they will hate themself even more, and then they will ask, “Mummy, why do I have to be black?”

I have a 5-year-old daughter Fadzi, she goes to an all-white school because I live in England in a very white-dominated area. Because of what I have taught her, that once upon a time God created black people, and that she belongs to the original race, that her hair is living hence it’s kinky, that her skin is the colour of God and earth,  she knows her identity so no matter what racism she faces in school, she will never come home and ask me, “Mummy, why am I so different?” Even though she is the only black girl in her class. That question can only be asked by children who are in a very sunken place.

Instead, my daughter Fadzi asks me why white people behave the way they do. She asks me why black people do not dominate.  She asks me why the books she reads in school have no black people in them. She talks about her dreadlocks with pride. She notices the black dolls in the shops and says, “Mummy, look a black doll!” In school, she was once told by the other girls that she can’t be a princess because she has no crown. Alone in that playground, she told them that she is a Princess, in her world that she rules.

The boys absolutely adore her because she is brave and daring, her best friend is a boy.  She is the only black girl in the class, but she dominates in her own way.

If I am to show her this book titled, “Mummy Mummy why am I so different?” She would ask me why the black child doesn’t feel good about themself, never mind the bullying and racism. My daughter feels so frustrated by black people. She also notices all the racism even in Netflix children’s programmes and YouTube videos. She has fire inside of her, and she wants to see black people dominate, and have pride within themselves.

Just last week I was sitting in the playroom with her. I was on my phone as she was watching TV, Netflix. She got so angry that a black character is always the one who gets badly hurt on the programme, and she started telling me what was wrong. I was so in awe of her logic and knowledge so much I started recording her.

Below is the video I recorded of Fadzi last week telling me how frustrated she was about how black people are portrayed in the entertainment industry.

Black people have to teach their children what it means to love being black and dominate. Numbers normally have nothing to do with dominion.

In Africa, white people probably make about 10% or less of the population on that continent, yet all power and dominion is theirs on a continent that doesn’t even belong to them. One white child can dominate 100 black children, and will never ask, “Why am I white?” or “Why am I different?” Because they know that their colour and race means POWER, a power that we black people give to them willingly.

I grew up in Zimbabwe, a country where white people are literally worshipped by black people. A few days ago, a white Zimbabwean boy went viral for speaking in Shona, the native language of Zimbabwe. The worship and adoration he got from black Zimbabweans is beyond pathetic. He is now a celebrity because he is white and speaks the Zimbabwean language. Even though he is one, and is surrounded by black people, he has absolute power and still dominates them.

Another video below shows black Zimbabweans in utter worship and adoration of a white boy speaking Shona, as I said it’s the culture in Zimbabwe to worship white supremacy. Whites are the minority, yet they have complete dominion and power.

Numbers normally have nothing to do with power, it’s about wisdom and intelligence, which sadly black people generally lack, hence book titles like “Mummy, why am I so different?”

As for me and my household, I refuse to let my black intelligent children ever reach this level of damnation. And I know without a shadow of doubt that no child of mine will ever ask me such a pitiful helpless question, I would weep indeed.

5 thoughts on “Why My Children Will Never Ask Me, “Mummy Why Am I So Black?””