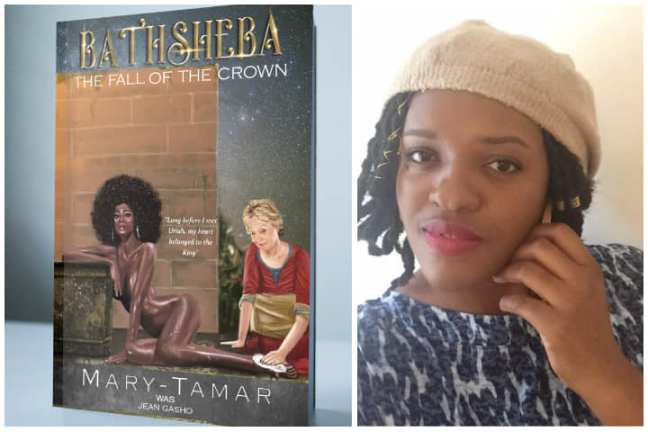 About 7 years ago, when I was a married mother of three, I found myself obsessing about a certain woman. Well, I thought I was obsessing, but I wasn’t, it was just that the feeling was strange. I dreamt about her. I felt like I could feel her in me, so I started to write what I was feeling, as though I was her. What I was feeling about her was nothing like I had read or been taught. I felt like she was the most misunderstood woman in the world, not only was her character misunderstood but her manner of beauty too.

So I wrote about her, but I became her. I got to chapter three, or maybe four, and I wanted someone to encourage me. I could never talk to my ex-husband about my writing, he always mocked me, and said I was fantasist and a dreamer.  He said I came to the UK to grind and work, not to see myself as someone I could never be. But there was a man who told me he understood me, and my dreams, his name was Walter Masocha. So I printed a copy, put it in a nice file, and gave the book to him. At that time he was my pastor, mentor and spiritual father. He read it and told me that, “This book sounds like you were there, like you lived in that era Jean, and saw it happen. You have a great sense of imagination.”

I felt so happy he understood…I now wanted to finish the book.

So much was happening, my ex-husband was emotionally tormenting me, and he hated it when I wrote. So after the feedback, I got from Masocha, I wanted to continue writing the book, but suddenly I suffered from writers’ block, and I couldn’t continue. I was so grieved because the book was in my spirit. I wanted to read it and get into it, then continue writing. The book was saved somewhere in my email, and when I wanted to continue to write the book, I could never find it anywhere on my computer or in my emails. I couldn’t understand how that had happened. I felt like a part of me had been lost.

I wanted to ask Walter Masocha to give me back the book, but somehow I was afraid of asking. I thought I would look stupid, that I had no saved copy. I also dreaded re-writing it from the printed copy.

A few months later, I fled from his church, and that was the end of my book.

I missed it. I searched again in my emails, but I could never find it.

So when I met my King and Boaz, my redeemer Nino, I told him about the lost book I once wrote, and how it mysteriously disappeared from the computer and from my emails.  I told him that I had written a few chapters, about four. I told him that the book had been so personal to me because it felt like I was writing an untold story. But after I lost the first chapters, I could never write it again.

I tried to write more books, I tried but I couldn’t. I knew if I was ever to write again it was going to be that book, but how could I? It was lost.

Because when I write, I constantly save my files in my emails, I send myself copies all the time, as I add more stuff and update. The way everything was deleted was too obvious that it was deliberate.

I was reminded of the Prophet Jeremiah, how the King burnt his scrolls and tried to destroy his writings after reading the first 3 to 4 chapters.

My new husband felt my grief. He encouraged me to write the book again, but I couldn’t.

Then my King and I became homeless, and we were living in hotels and apartments. And the only way I cope in such situations is to write. When I cry I write. When I am happy I write. So during my homelessness with my King, my spirit wanted to write.  I was doing a lot of blogging, and I told my King that I wish I could write a book.

Then my official Gmail account’s storage got full, and I couldn’t receive any more emails. Then I asked my King to help me clear the storage, actually I think he said he would do it for me.

As we sat there, in an Air BnB, homeless, he took the laptop and started clearing the space of my email account. He was deleting everything in other folders, he went somewhere I don’t understand. He was deleting emails so fast.

I sat next to him, and said, “Baby please be careful, I may have old pictures of the children, or something important, please check everything you are deleting.” But he just deleted and said there wouldn’t be anything important in the folders he was deleting.

Then I said, “Stop! Let me check what you are deleting first.”

Then I opened the email he was just about to delete, it had no title or anything. I could see it had an attachment, and lo and behold it was my book.

I opened it in disbelief, it was my lost chapters. I almost cried. I think I did.

It was a miracle. I kissed my King, without knowing it, he found the lost scrolls, hidden in some folder in my email. My ex-husband had failed to delete that one.

So that very moment, the spirit came on me again, the book came to life. I went back in time, this time it was clearer, more vivid. So I saw Bathsheba and began writing her story.

Like Jeremiah, after the scrolls were destroyed, God put his spirit on him again, and he wrote again, even more clearer and more words than before.

At that time my King had started the journey of looking for a second wife.

So now I felt every emotion Bathsheba ever felt. How she went from being the only wife of Uriah to be a plural wife of the King.

So my Boaz took my hand, and blessed it, ” You have the power of the pen my Prophetess,  write as you have never written…

You’ve got a heart as loud as lightning
So why let your voice be tamed?
Maybe we’re a little different
There’s no need to be ashamed
You’ve got the light to fight the shadows
So stop hiding it away
Come on, come on…write my beloved…”

Then my husband’s second wife came, and knelt before me, and said, “My Queen, let me look after the children whilst you write.” And she relieved my burden, and every day I sat on my laptop for hours, revising my book.

And Hagar came along, my husband’s third wife,  and said to me,  my Queen, we will do this, and she’s been working so hard, making sure this book will be in living colour, and no stone will be left unturned.

“I can’t believe you wrote this when you were homeless.” She told me

It is the beginning of a New Era, the 400 years of captivity have ended.

As 2020 approaches, many crowns will fall. History will be retold…

It’s The Genesis Of The Revelation By

One thought on “Behold, The Book My Ex-Husband Tried To Destroy”