When I first became a Christian in 2007, I started attending a Baptist Church in Ormskirk, a little place called Aughton Park Baptist Church which was an all-white middle-class church. When I joined the church, there was only one black woman in the congregation.

I remember attending one women’s prayer meeting, where a Pastor’s wife was sharing her testimony of being a Missionary in Africa. I was the only black woman in the prayer meeting and I became so excited to hear the woman’s testimony of Africa.

She started by saying how hard it was for her when she found out that her husband had been ‘called’ to go to Kenya to evangelise. She said she prayed for God’s grace to endure. It was at this moment that I think she forgot that there was a black woman in the meeting.

The Pastor’s wife continued to say the worst experience in Africa was Kenyans offering her their smelly food, especially the smelly fish that was just ‘disgusting’. She said she almost vomited. She said Africans were obsessed with too much sugar and milky tea to which most of the women said, ‘yuck’. She went on to describe how some of the women were jealous of a man who had a cow. She said, ‘Apparently having a cow is a symbol of wealth in Kenya, probably in Africa in general, cows are a measure of wealth.’ At this, they laughed so hard they almost fell on the floor.

I just sat there in complete shock, I could not believe that I was in a Christian prayer meeting. It was as though my presence had been blinded to them.

The Pastor’s wife then concluded by saying but in all this ‘madness’ she experienced in Africa, she was able to win so many souls to Christ. She had photographs of these young black Kenyans, whom she said were so eager to learn about Jesus and begged for bibles.  One photograph she had was of two young black men smiling from ear to ear holding bibles. She said the people of Africa were so ‘thirsty’ for Jesus.

She then ended by saying the only problem she had with their church services and worship was that they made so much noise and spoke so loudly into the microphone. She said these Kenyans didn’t know that the microphone is actually there so they don’t have to shout.

I left that prayer meeting feeling sick to the stomach. Though I was a devout Christian at the time, I felt there was something really wrong about white missionaries. Why did they even go to Africa? Was Christianity designed by white people to turn black people into slaves, I wondered.

The reason why black people are the biggest defenders of this wicked religion today is because the religion was created mainly for them. Obviously, the slave had to always be obedient to their masters as the bible clearly instructs…

“Slaves, obey your earthly masters with respect and fear, and with sincerity of heart, just as you would obey Christ. Obey them not only to win their favor when their eye is on you, but as slaves of Christ, doing the will of God from your heart.  Serve wholeheartedly, as if you were serving the Lord, not people,  because you know that the Lord will reward each one for whatever good they do, whether they are slave or free.slaves be obedient to your masters”, Ephesians 6:5-9. KJV 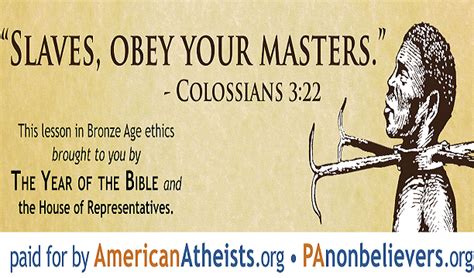 The bible condones slavery,  it even has laws to regulate slavery, that is the only reason colonisation and slavery was able to happen, the bible was the MANUAL for black people’s enslavement. Today black people get all defensive and upset if this truth is pointed to them, and they are not able to give a single verse that debunks slavery. Because a verse which says slavery is a sin doesn’t exist. 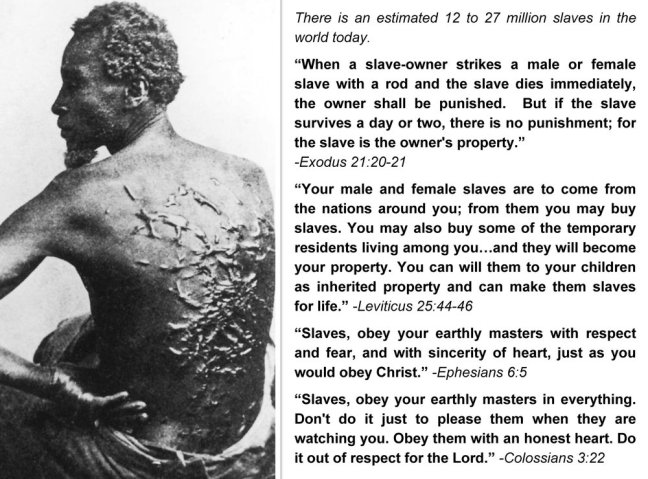 The word SERVANT is just a modern posh word for SLAVE.

In the meantime, the religion of Christianity remains the black man’s biggest curse, they remain the most oppressed people on planet earth, even Asians see themselves as superior to black people.

Christianity is also a religion that allows Africans to be evil to one another. They were taught to hate each other by their white masters.

The only reason why abuse thrives in Africa is because of Christianity. Africans are simply carrying on the legacy of what their White masters taught them. They were enslaved with white men holding the Bible, and today they continue to enslave each other holding the bible.

The Prophets of Africa like Eubert Angel, Emanuel Makandiwa, T B Joshua, Walter Magaya, Ezekiel Guti, Shepherd Bushiri, Daniel Obinim and many more are among the most wicked religious leaders of Africa today, causing much harm on the continent, yet they remain highly esteemed even by heads of states.

They are the only people on this planet who are obsessed with ‘forgiveness’. They believe that if a person wrongs them, they have to forgive the person even if the person doesn’t repent. Abusers are always protected by African Christianity, whilst victims are constantly attacked and chastised if they don’t exercise forgiveness.

Africans obsessed with Christianity do not believe in justice, they always believe that everything should be left to God no matter how evil the crime. African Christians will forgive and ‘bless’ a person who rapes or kills their own daughter. This is how they were conditioned to believe by their masters.

Black people are the ones who always have to forgive white people. Nelson Mandela comes to mind.

Black people are always forgiving white people for the cruellest racial crimes done against them.

The only way black people are ever going to be free from mental slavery is when they totally denounce their master’s religion of Christianity. Though black people think being a Christian is some sort of civilization, they have no idea that they are simply worshipping the god of white people.

The reason why a lot of white people are no longer Christians today is because the religion was only created for the enslavement of black people. Books were written. Paintings were painted. Images were created to go with the religion. Films were made to depict white people. I refuse to cling on to the religion that made my forefathers jump off slave ships, choosing death over bondage. They knew that they were not meant to be slaves, neither were they born slaves.

I will never betray my forefathers’ blood that was shed. For that reason, I will never call myself a Christian.

The genesis of the revelation