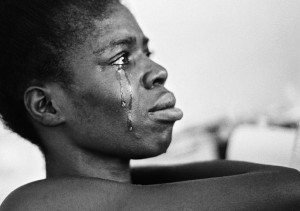 Yesterday I shed a tear after watching a shocking video circulating online which was shot in Zimbabwe of a man, a very heavy man violently beating a defenseless woman in public as a crowd of at least 15 men watched. One man dressed in red tries to stop the abuser, but he was over powered as he was the only man among the 15 men who tried to stop the barbaric attack. The man then goes on to jump on the woman’s chest as she screams in agony lying helplessly on the ground. The men who were watching then came very closer to the scene. When I saw the men, at least 10 of them running to the scene, I felt the relieved that the violence was going to be stopped.

But to my utter horror, the men had just come to watch closely. They just looked at the woman as she screamed in pain. A mother with a girl child runs to the scene, the little girl tries to help the assaulted woman, but she is pulled away by the mother because of the punches from the assaulter. Meanwhile all the men at the scene, over 10 of them, could not stop this man from further attacking the woman on ground.

The assaulted woman sees that lying on the ground was only going to make things worse. She managed to get up by herself to run for her life. As if he had not beat her enough, the abuser chased her whilst no one stopped him. The man in red then tries to but realized the abusive man had a weapon in his hand so stopped. The woman was further assaulted with what looked like a stone whilst he shouted “give me my money”. A woman is heard begging the assaulter to leave her.

The woman runs again, falls on the ground and is kicked in the face. The assaulter follows her and beats her again and again till she falls back on the ground.

What I am finding more shocking is the public reaction on social media. Yes people are shocked but that’s just about it. Today the story has faded into thin air. There is no public outrage. Last week when Maureen Makusha went to a private party without underwear, the men were more outraged than they are by this barbaric cruel act. For a whole week they condemned Maureen until she was named. They shamed her online, called her all sorts of names and said shes is a disgrace to Zimbabwe. When this video leaked, it’s shocking how there is no abuse of this evil man on social media. He did not get any name calling. There are no 100 comments on his video wherever its shared. The video did not even last for 3 hours people had moved on to other important issues. 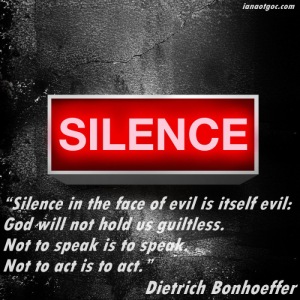 Zimbabwean men  will come out in masses, roar at Maureen Makusha and condemn her for wearing what she wanted and say what she did was not part of Zimbabwe culture. Yet they will sleep when a woman is savagely beaten in broad daylight. Is violence on defenseless women part of Zimbabwe culture then? It looks like women abuse has become part of our culture as well as using profane language at any given chance. Zimbabwean men, shame on you!

What happened in Kenya when Kofi Olomide simply kicked a woman’s handbag in public. All the men at the scene tried to stop him and restrained him. The Kenyans where outraged and took to social media to express their disgust. Olomide spent a night in jail and was deported from Kenya back to his country. He was arrested again back home for  just attempting to assault a woman in public.

What about Zimbabwe? They will condemn a woman with no panties at a private party but they will condone a man breaking a woman’s ribs in public. Wherever that woman is, she is not okay. She needs medical attention and needs counseling if she survived that attack.

I am outraged as a woman. The men who watched this poor woman abused in public are equally evil as the abuser. The men who are just watching the video online and not expressing the same outrage they expressed to Maureen Makusha are equally evil too. Why can’t this man be publicly named and shamed. Why can’t we get a public apology from him? Why can’t the public hunt him down until he is arrested for the crime he has committed?

The shocking video can be watched below

I know a famous quote that says, “The only thing necessary for the triumph of evil is that good men do nothing.”

“If my people, who are called by my name, will humble themselves and pray and seek my face and turn from their wicked ways, then I will hear from heaven, and I will forgive their sin and will heal their land”  2 Chronicles 7:14

Zimbabwe, I honestly understand why we are in the place we are today. I repeat what I said a few days ago that the problem is not Robert Mugabe, it’s the Zimbabwean men and the video confirms it.